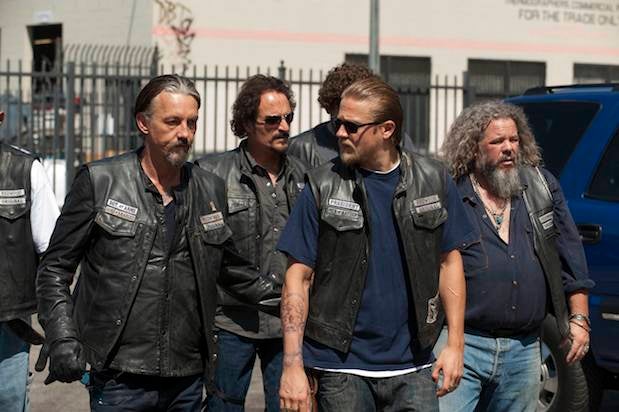 UPDATE: The PTC would have brought this urgent matter to your concern last week, but it was focused on its “Best and Worst TV Advertisers” list, instead.

It took the Parents Television Council almost a full week to publicly address the matter, but the TV watchdog organization is hot and bothered by the “sexually explicit” opening to the Nov. 11 episode of “Sons of Anarchy.”

The two-and-a-half minute sequence on the FX motorcycle gang drama featured various characters having sex with their respective partners. Butts were shown, and moans were heard. And since it aired on a cable network, as opposed to a subscription or pay-per-view service, no eyes under the age of 18 were safe.

Also read: 'Sons of Anarchy' Lets Slip the Truth That Will Tear the Show Apart

“It’s official: In order to watch cable news, ESPN, Disney or the History Channel, every family in America must now also pay for pornography on FX. Last week’s episode of ‘Sons of Anarchy’ opened with the most sexually explicit content we’ve ever seen on basic cable, content normally found on premium subscription networks like HBO or Showtime,” PTC president Tim Winter said in a statement.

The organization expects “other basic cable networks to air similar — or even more explicit — content in the name of ‘staying competitive,'” and is taking advantage of the “Sons of Anarchy” complaint to continue its push for the unbundling of cable options.

“Families should not be forced to underwrite pornography. Cable Choice is a solution whose time has come, and there could hardly be a better example of it than this,” Winter added. “We call on Congress, the FCC and the Federal Courts to give cable consumers real choice when it comes to deciding which networks they actually want to purchase.”