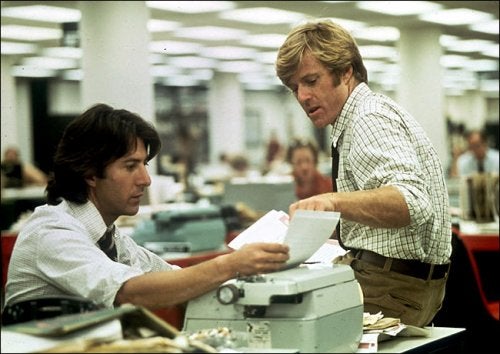 Author and publicist Jack Hirshberg died on March 7 after a brief illness, the Hollywood Reporter reports. He was 92.

As a publicist, Hirshberg helped promote some of Hollywood’s greatest films including "Some Like It Hot," "All the President’s Men," and "The Ten Commandments."

A close association with Robert Redford lured Hirshberg out of retirement to work on the star’s films "Ordinary People," "Brubaker," and "The Electric Horseman."

Hirshberg began his career as a newspaper reporter in the 1930s, and later wrote two books about Hollywood, "The Making of ‘All the President’s Men’ " and "The Legend of the Lone Ranger."

Hirshberg was predeceased by his wife Lois. He is survived by daughters Susan Davis and Jill Zinner, son Robert Purvin, his companion Madelyn Kami, four grandchildren, and five great-grandchildren.