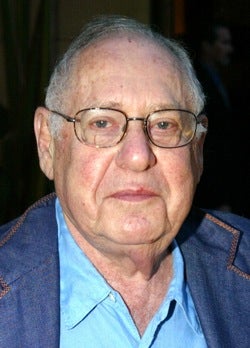 Solters, who represented such major stars as Frank Sinatra, Barbra Streisand and Michael Jackson, was 89.

Now partners with publicist Jerry Digney, Solters began his career on Broadway, representing producer David Merrick and many of his shows, such as “Gypsy” and “Hello, Dolly!” – as well as Broadway stars like Carol Channing and Ethel Merman. Over his 70-year long career, he also represented Cary Grant, Mae West, Dolly Parton, Whitney Houston, and Paul McCartney and the Wings, among others.

He also represented over 300 musical and straight plays, including Broadway production of "The King & I," "Guys and Dolls" and works by Tennessee Williams and Arthur Miller.

Born in Brooklyn in 1919, Solters wrote about high school basketball for The New York Times before launching his own publicity firm. The son of a New York publicist, Solters began as a press agent in New York, when the job of a publicist was basically to plan items in columns by Walter Winchell and Hedda Hopper. He started his own firm in 1948, with the famed Carnegie Deli as a client; his first major show business client was popular TV talk-show host Robert Q. Lewis.

Solters was known for being able smooth over the most rocky of relationships between his clients and the press. In the late ’60s, he invited the top two columnists in each city to visit Frank Sinatra backstage before his shows in an effort to endear the singer to the media.

"They shake your hand, there’s a knock on the door — ‘Mr Sinatra, you’re on’ — and you’re gone, with no idle chat, and they’re thinking: ‘My God!" Solters told the New Yorker in 2002. "We built an army of 32 mouthpieces all over the country and every time Sinatra toured they’d write all this bulls–t about him — ‘He’s not an ogre!’"

Still active until his death, Solters was asked back in 2000 if he had any plans of retiring. “I don’t know,” he said. “How many times can you play golf? Until I’m forced to, I have no desire to leave the job.”

Solters is survived by his daughter, Susan Reynolds; his son, Larry Solters; his grandchildren, Jonah Reynolds and Maxie Solters; and his great-grandson, Elijah Reynolds.