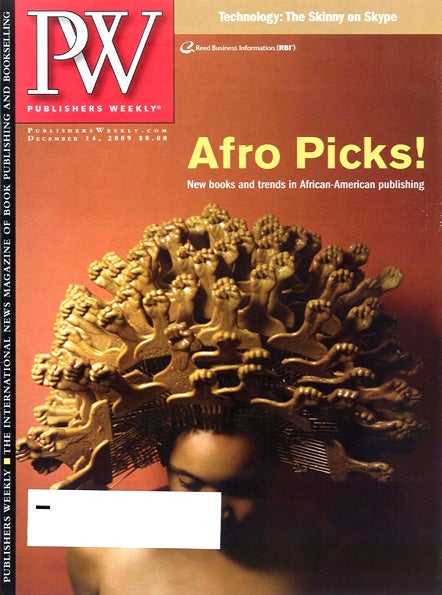 UPDATE: PW senior editor Calvin Reid, who is picked the image and coverline, took to Twitter late Monday to explain his decision to run the cover image:

"Apparently the twitterverse is not amused, though it was intended to amuse."

"I admit that I love afro picks! In the 1970s I had many just like them also stuck in my massive afro … and it’s a story about ‘picking’ books. I love dumb jokes."

"While I respect everyone who may be offended, I think the photo is a delightful and wry expression of historical Afro Americana."

"So just blame Calvin. But do read the article on AF-AM publishing by Felicia Pride. Its [sic] a fine article despite the cover image."

[cover image via Harper Studio “Publisher’s Weekly Have You Lost Your Mind?” and Sarah Weinman]