Peacock has set the premiere date for its “Punky Brewster” revival and released a first-look image of the Soleil Moon Frye-led comedy.

All 10 episodes of the new show will launch Thursday, Feb. 25 on the NBCUniversal-owned streaming service.

Per Peacock, “In this continuation of the iconic ’80s sitcom about a bright young girl raised by a foster dad, Punky is now a single mother of three trying to get her life back on track when she meets Izzy, a young girl in the foster system who reminds Punky a lot of her younger self.”

The comedy hails from UCP and Universal Television, divisions of Universal Studio Group.

See the first-look image for the “Punky Brewster” revival below. 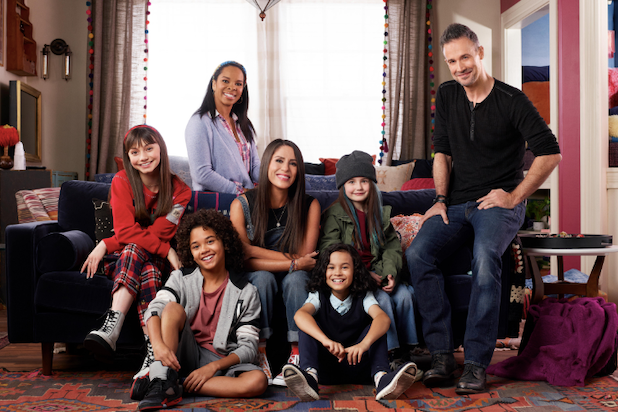