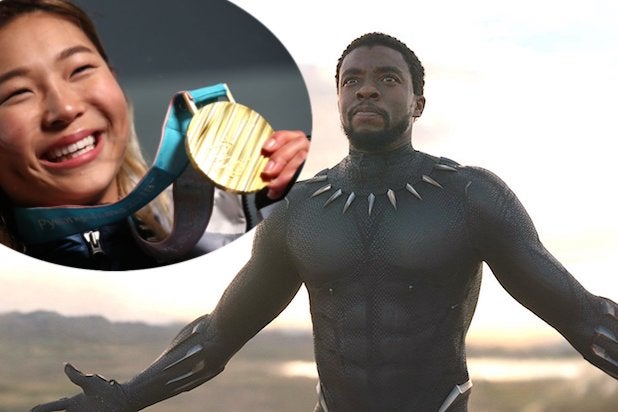 As the final countdown begins to the U.S. opening of “Black Panther,” and its probable record-breaking box office haul, Marvel Studios’ latest film has rolled out in 17 overseas markets and has gotten off to a $23.2 million start. The most noteworthy result belongs to Korea, where the film tallied the biggest February opening day total in the country’s history — and seventh-highest of all-time — with $4.7 million.

The only Marvel film that has made more money in Korea on opening day is “Avengers: Age of Ultron,” but the start for “Black Panther” is 77 percent bigger than that of “Doctor Strange,” 251 percent bigger than “Ant-Man,” and a staggering 422 percent ahead of the first “Guardians of the Galaxy.”

A factor in this success may be the Winter Olympics currently taking place in PyeongChang, which has brought countless Americans and other foreigners to Korea to watch the quadrennial sporting event. With “Black Panther” proving to be such a can’t-miss film for Western markets, Korean cinemas likely have received an extra boost in traffic from Olympic visitors going to see the film after a day of watching snowboarding and figure skating.

“Black Panther” will rollout in 70 percent of markets this weekend, with countries getting the film on Thursday including Germany, Australia and Brazil. In the U.S., where preview screenings take place tonight, the film is expected to easily break the $132 million February box office record set by “Deadpool” in 2016, but now rivals and box office analysts tell TheWrap that the film’s three-day total could beat the $174 million opening made by Disney’s “Beauty and the Beast” remake last year, which would make the film the biggest pre-summer opening of all time. That would also beat the opening by “Iron Man 3” to make it the biggest opening by a Marvel movie featuring a single superhero.