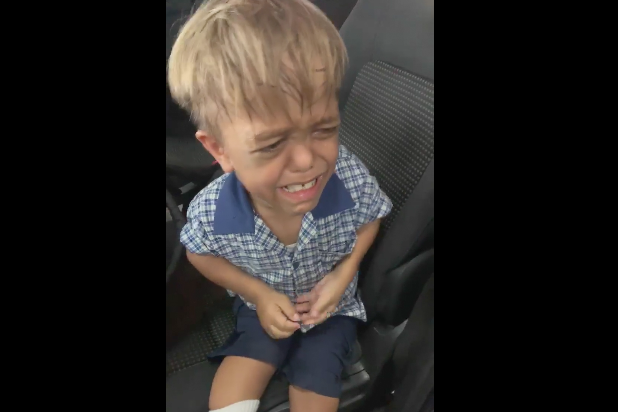 The family of Quaden Bayles, an Australian boy with dwarfism seen crying and expressing a desire to kill himself in a social media video last week, has declined a trip to Disneyland following a GoFundMe campaign, saying it will donate the funds to charity instead.

“What kid wouldn’t want to go to Disneyland, especially if you have lived Quaden’s life. To escape to anywhere that is fun that doesn’t remind him of his day to day challenges,” Bayles’ aunt Mundanara Bayles told Australia’s NITV News on Thursday.

“But my sister said ‘you know what, let’s get back to the real issue’. This little fella has been bullied. How many suicides, black or white, in our society have happened due to bullying?” she added. “We want the money to go to community organizations that really need it. They know what the money should be spent on, so as much as we want to go to Disneyland, I think our community would far off benefit from that.”

The family noted Dwarfism Awareness Australia and Balunu Healing Foundation as two organizations they would like to see benefit from the fund.

“We need to come together and work out how to make sure young people like Quaden don’t have to deal with what they have been dealing with,” Bayles said. “We’ve had seven kids at the Murri School in Brisbane, where I am on the board, take their lives in the last ten years.”

In a video streamed to Facebook by his mother Yarraka Bayles Tuesday, 9-year-old Quaden Bayles cried and at one point requested a knife with which to kill himself. He trended on Twitter Thursday and Friday of last week as more and more people watched the video and spoke out, from everyday users of the platform to celebrities.

One comedian, Brad Williams, set up a GoFundMe page with the goal of sending Bayles and his mother to Disneyland, writing, “I’m setting up this GoFundMe to let Quaden know that bullying will not be tolerated, and that he is a wonderful human being who deserves joy. I want to fly Quaden and his mother to America, get them a nice hotel, and bring them to Disneyland.” As of this writing, the fundraiser has reached over $470,000.

The end of the GoFundMe campaign reads: “After all the flights, hotel, tickets, and food is paid for, any excess money will be donated to anti-bullying/anti-abuse charities.”

Meanwhile, Quaden’s mom has said she’s working on “Quaden’s Law,” a package that will focus on building “emotional resilience” and identifying bullying traits in the hopes that it will be a mandatory component of school curricula.

The Indigenous All-Stars of Australia’s National Rugby League invited Bayles to lead them out at Saturday night’s game while Australia native Hugh Jackman posted a video of himself assuring the child he’d always have a friend in the actor and reminding people that bullying is never okay.