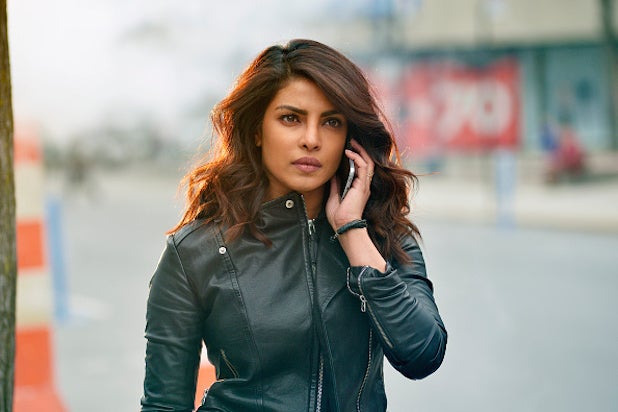 QUANTICO - "Yes" - It's graduation day for the NATS of Quantico, while, in the future, Alex and her team find themselves head-to-head with the terrorist, on the season finale of "Quantico," SUNDAY, MAY 15, (10:00-11:00 p.m. EDT), on the ABC Television Network. (Photo by Jonathan Wenk/ABC via Getty Images) PRIYANKA CHOPRA

Michael Seitzman, who created “Code Black,” will take over as showrunner on ABC’s “Quantico” for Season 3.

Seitzman replaces Joshua Safran, who created “Quantico” and stepped down as showrunner after its second season.

The news comes as a number of cast members are not returning, including Yasmine Al Massri and Pearl Thusi. Priyanka Chopra, Jake McLaughlin, Johanna Braddy and Blair Underwood will all continue on the show.

The status of co-stars Aunjanue Ellis and Russell Tovey has yet to be determined.

“Quantico” was picked up in May for a 13-episode Season 3 and does not currently have a premiere date. It stars Chopra as Alex Parrish and centers on FBI recruits learning the ropes at the bureau’s academy.

Seitzman will maintain his position as showrunner of the CBS medical drama “Code Black,” which is a co-production between ABC Studios and CBS Television Studios. The series nabbed a 13-episode Season 3 that launches midseason.

Al Massri announced on social media last week that she is leaving “Quantico” after having played identical twins Nimah and Raina Amin on Seasons 1 and 2.

“Thank u for your love and support from all around the world that made Nima and Reina one of the fans favorite characters on #quantico #quanticoabc #nimareina #twins .. time to say goodbye,” the actress wrote in an Instagram post.