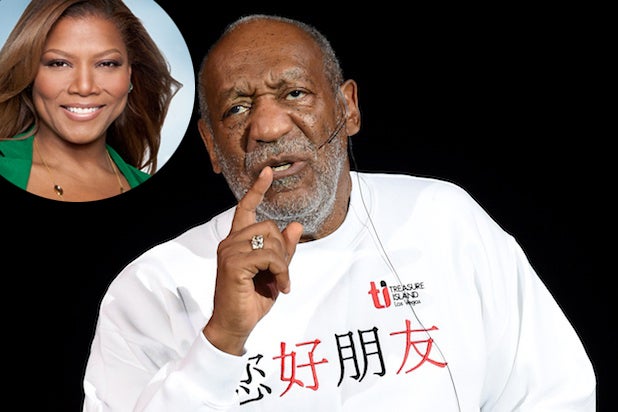 “The Queen Latifah Show” is refuting a report that it canceled an interview with comedian and actor Bill Cosby.

“Mr. Cosby’s scheduled appearance on ‘The Show’ was postponed at his request and was in no way related to any of our recent or upcoming scheduled guests,” a spokesperson told TheWrap.

TMZ reported on Thursday that the show canceled Cosby’s appearance after his history of being accused of raping 13 women was brought up by comedian Hannibal Buress during a stand-up performance last week.

“ has the f–king smuggest old black man public persona that I hate,” Buress said. “‘Pull your pants up, black people. I was on TV in the ’80s. I can talk down to you, because I had a successful sitcom.’ Yeah, but you raped women, . So, brings you down a couple notches. I don’t curse on stage. But yeah, you’re a rapist.”

Buress’ statement stems from a 2006 case with Andrea Constand, a former Temple University employee who said Cosby drugged and sexually assaulted her in his Philadelphia-area mansion in 2004. Constand’s lawyers found 13 witnesses with similar claims of sexual assault, drugging and or abuse by the TV star, though the statute of limitations on all their charges had expired. Cosby ended up settling with Constand under undisclosed terms.

Cosby has never been charged for sexual assault. Representatives for Cosby have yet to respond to TheWrap’s request for comment.