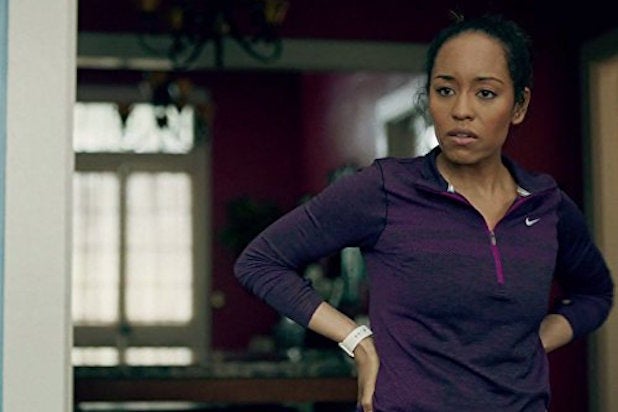 (Spoiler alert: Please do not read on if  you haven’t watched Wednesday’s episode of “Queen Sugar.”)

Those three words are spoken, seen and heard so often (it’s here, here and even here) that it has become the epitome of the image of black women — which, at times, can be a damaging stereotype.

We’re hailed as upholders of “the backbone of black families and communities” (examples here and here).

First things first, there’s nothing wrong with being a strong black woman, nor is it invalid to support family and community. But sometimes in the midst of upholding others and keeping things together, we forget that it’s OK to be human.

The latest episode of “Queen Sugar” showed us exactly what it is like for a strong black woman to breakdown and show human emotions.

In the episode, Charley Bordelon West (Dawn-Lyen Gardner) is hosting the grand opening for her Queen Sugar Mill when all of a sudden, in the middle of her party, a loud alarm goes off signaling that there’s something wrong with the mill. She runs to the back only to be told that there is too much cane in the machine which created a blockage that needed to be cleared and they were working on it. It’s no big deal, it happens often enough according to the sugar mill expert, but that wasn’t good enough for Charley. She pushed the worker aside and frantically began trying to free the blockage herself all while crying and being a little hysterical until her sister, Nova Bordelon (Rutina Wesley) pulled her away and comforted her.

Also Read: 'Queen Sugar' Actor Brian Michael on Transgender Scene: 'It's Important to Have This Element of Truth'

Now, Charley’s breakdown didn’t occur because she was just so upset that the mill had a little issue. No. It was because she was carrying around the stress from everything else going on in her life — her husband Davis’ trifling self, her father dying, the divorce, being a good parent to her son after he got arrested, trying to keep the farm afloat, opening the first female black owned mill in Louisiana. It’s a lot to take on for one person.

For anyone looking in, Charley is perfect. She’s a strong black woman who has her s–t together — except when she’s not.

Her breakdown was valid. It was OK.

By showing one of the strongest characters at quite possibly one of her lowest points thus far, “Queen Sugar” is showing us a real black woman’s experience.