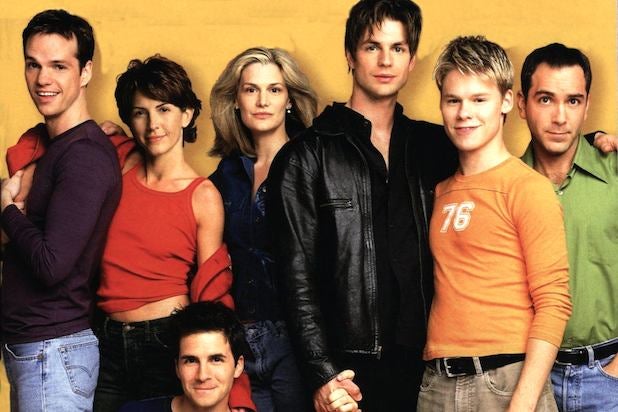 Ten years after going their separate ways, the boys from Pittsburgh are back.

The cast and writers of Showtimes’ groundbreaking series, “Queer as Folk” are returning for one-time reunion special at this year’s ATX Festival in Austin, Texas.

The award-winning show, which aired from 2000 to 2005, followed the lives of a group of gay friends and their relationships, careers, loves and ambitions.

So, far, the only no-show from the original group is Hal Sparks (Michael Novotny).

“I’m so excited for the ‘Queer as Folk’ reunion,” said Paige. “We truly are a family, and any chance we have to be in the same room, catching up, sharing in each other’s lives, is wonderful.”

Based on the British series by the same name, “Queer as Folk“ was the first hour-long drama on American television to portray the lives of gay men and women.

The American version quickly became the No. 1 program on Showtime. The series’ initial marketing was primarily targeted towards gay men and women, but a big part of the viewership turned out to be heterosexual women.

“We are delighted that ATX Television Festival has chosen to honor ‘Queer as Folk,'” said creators Daniel Lipman and Ron Cowen. “Writing and producing a groundbreaking, and often controversial, show like ‘Queer as Folk’ was challenging, but also a rewarding and transformative experience for all of us.”

A “Gilmore Girls” reunion and “Dawson’s Creek” writers reunion has already been announced by the festival in November.