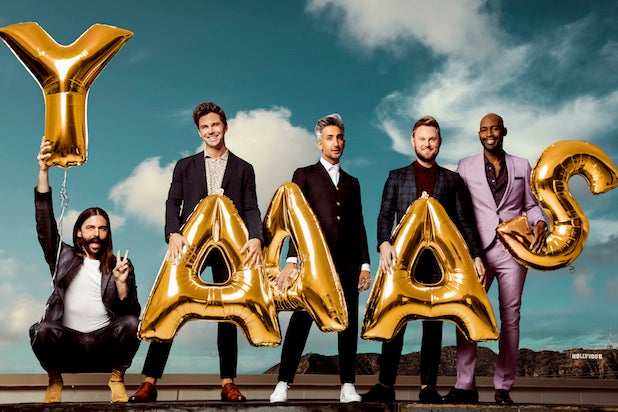 The first annual Critics’ Choice Real TV Awards, a new awards show devoted to nonfiction, unscripted and reality programming, has given prizes to “Queer Eye,” “RuPaul’s Drag Race,” “Jeopardy!” and “The Late Late Show With James Corden,” among other shows.

The Female Star of the Year award, also voted on by fans, went to Sandra Lee from “Dr. Pimple Popper.”

Overall, programs from Netflix dominated the awards, with nine wins to two each for CBS, CBS Television/Syndicated, Lifetime, NBC and PBS. Netflix also won in the Outstanding Achievement in Nonfiction by a Network or Streaming Platform category.

The awards were a joint production of the Broadcast Television Journalists Association and NPACT, the trade organization for nonfiction producers.

Leah Remini was given the Critics’ Choice Impact Award.

The ceremony took place on Sunday at the Beverly Hilton Hotel, and will air on VH1 on Sunday, June 9.

Going into the show, “RuPaul’s Drag Race” led all shows in nominations with five, followed by “Queer Eye” with four and “Our Planet” and “Tidying Up With Marie Kondo” with three each.