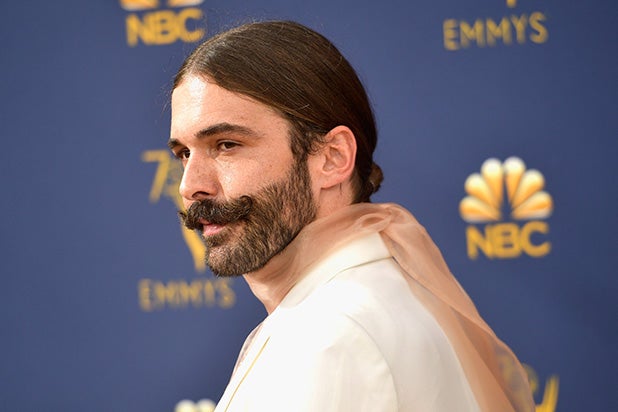 Jonathan Van Ness, the TV personality and grooming expert on Netflix’s “Queer Eye,” opened up about his HIV-positive diagnosis in an interview with the New York Times on Saturday.

“When ‘Queer Eye’ came out, it was really difficult because I was like, ‘Do I want to talk about my status?,'” he told the Times. “And then I was like, ‘The Trump administration has done everything they can do to have the stigmatization of the L.G.B.T. community thrive around me.’ … I do feel the need to talk about this.”

The conversation comes in advance of the Sept. 24 release of Van Ness’ memoir, “Over the Top,” which he said will reveal more insight into “the effervescent, gregarious majestic center-part-blow-dry cotton-candy figure-skating queen” that viewers have come to know him as from “Queer Eye.”

Van Ness also shares how the trauma from an experience of childhood sexual assault led him to engage in a number of self-destructive behaviors, including forming addictions to drugs and sex. During his first semester of college at the University of Arizona in Tucson, Van Ness said that he spent all of his $200 monthly allowance on cocaine. Out of shame, he said he didn’t want to ask his mother for money and, instead, began advertising sex on the chat site Gay.com.

After flunking out of college, Van Ness said his drug addiction only worsened after a couple he met on Grindr introduced him to methamphetamine when he was in his 20s. By the time he was 25, he fainted while working at a salon and soon discovered he was HIV-positive.

“That day was just as devastating as you would think it would be,” he writes.

Opening up about his past trials and tribulations has come with great fear and apprehension, but Van Ness got through that by coming to understand that a lesson could be taught about survival.

“I’ve had nightmares every night for the past three months because I’m scared to be this vulnerable with people,” Van Ness said. “But I want people to realize you’re never too broken to be fixed.”