As weekends go, Quentin Tarantino and his new movie “The Hateful Eight” had a pretty good one.

The gritty snowbound frontier thriller that Tarantino scripted and directed took in a very strong $4.5 million in its opening weekend for the Weinstein Company from just 100 theaters, which were part of a special run of 70mm presentations created at the director’s request. Adding to the film’s good fortune’s, a boycott by police unions across the country was called off.

“We’re not giving this guy any more free publicity. We have nothing to say about it,” New York Patrolman’s Benevolent Association spokesperson Albert O’Leary told TheWrap on Saturday. The union targeted the film after Tarantino referred to police officers as “murderers” at an October anti-police brutality rally in New York.

The opening weekend grosses for “The Hateful Eight” translate to a very strong $45,366 per-theater average — all the more impressive because each of the theaters was showing the movie on just one screen, equipped with projection equipment — and projectionists — supplied by TWC.

Typically per screen averages are calculated counting each theater as one, even though most often a film is shown on at least two and sometimes more screens. Only one of the theaters showing “The Hateful Eight” had two screens operating.

“Factor that in and this is a massive number,” TWC distribution chief Erik Lomis told TheWrap Sunday. “The only thing that stopped us was capacity, or we could have done $150,000 per screen.”

That bodes well for next weekend’s nationwide expansion into roughly 1,800 theaters, as does the way “Hateful Eight” played, said Lomis. New York, Los Angeles and the largest cities were strong areas for the film, but it also played strongly in mid-sized cities including Sacramento, Albuquerque, N.M., Charlotte, N.C. and Milwaukee.

“That tells me (Tarantino) has fans everywhere and that we have a very broad base of support for this film,” Lomis said.

The R-rated and violent “Hateful Eight” is set in post-Civil War Wyoming, where bounty hunter John “The Hangman” Ruth (Kurt Russell) and his fugitive prisoner (Jennifer Jason Leigh) encounter another bounty hunter (Samuel L. Jackson) and a man who claims to be a sheriff.

The strong box office showing and the ditching of the boycott provide some positive momentum for Tarantino and the film after a run of negative headlines. 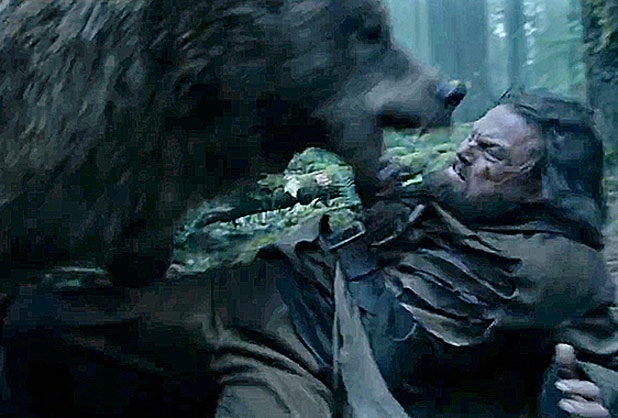 The director was targeted by unions in just about every large metropolitan city across the country after they were outraged by his comments at the anti-police violence rally.

Tarantino was involved in another high-profile spat when he criticized Hollywood’s landmark Cinerama Dome for playing “Star Wars: The Force Awakens” instead of “Hateful Eight,” as the director claimed they had earlier agreed to. Then, TWC moved the wide release date for the film up a week to Dec. 31, angering some of the theaters which had counted on 13-day exclusive runs for “Hateful Eight” and saw them cut to six days.

On top of that, the movie’s Oscar chances took a hit after it failed to garner any SAG Award nominations. Although it is up for three Golden Globes.

All of that had to be stressful, along with concerns about the mainstream appeal of “Hateful Eight” in the wake of good but not great reviews and concerns about the proximity of its release date to Fox’s “The Revenant.” That’s also an R-rated frontier thriller with awards ambitions,  starring Leonardo DiCaprio and Tom Hardy, and it opened Friday. But for Tarantino and TWC, Sunday was stress-free.

“We’re over the moon,” said Lomis.

One of the reasons TWC shifted the wide release date of “Hateful Eight” up a week was to get some separation and take its release cycle out of sync with that of “The Revenant.” That looks like a smart play, because the gritty thriller directed by Alejandro González Iñárritu and co-starring Tom Hardy showed plenty of muscle in its debut this weekend, too.

“The Revenant” took in $471,000 from two theaters in New York and another two in Los Angeles, which translates to a $117,750 per-theater average, one of the year’s best limited debuts. It’s set to expand into around 2,700 theaters on January 8.