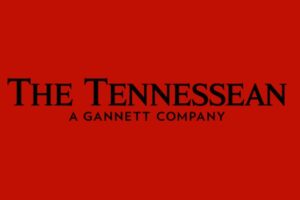 Hesh Rabkin, Tony Soprano’s sage advisor on “The Sopranos,” once said “a hit is a hit. And this, my friend, is not a hit.”

Rabkin’s advice may as well apply to Quibi, the new streaming service from Jeffrey Katzenberg and Meg Whitman that has struggled with lukewarm downloads and little praise for its bite-sized shows, despite a laundry list of A-list stars enlisted to make content.

Quibi has pulled in a little more than 4 million downloads since debuting in April, according to data provided by Sensor Tower. But how many of those early users, many of whom signed up using a free 90-day trial, will actually pay for the service remains to be seen. A recent Wall Street Journal report estimated that Quibi will have 2 million paying subscribers by the end of its first year, according to a person familiar with the company’s operations. That would put Quibi well below the 7.4 million paying subscribers it had projected by the end of year one. Reps for Quibi declined to comment to TheWrap.

Less than three months after launching, Quibi is already working to counteract its slow start. The company has moved away from being strictly mobile-only viewing by introducing features allowing users to cast shows to their TVs, and it’s also discussing a Quibi app for both Roku and Amazon Fire TV devices.

The good news for Quibi? There’s still time left on the clock. But the service would benefit from making a few key adjustments, according to several industry experts who spoke with TheWrap. Here are three moves Quibi should consider  to jumpstart its struggling service:

This would be a big move.

Quibi has banked on viewers gravitating toward short, 10-minutes-or-less episodes. (Its name, a play on “quick bites,” makes its commitment to short-form content clear.)

But Tom Nunan, a longtime film producer and founder of Bull’s Eye Entertainment, believes Quibi needs to pivot from that approach, and fast.

“They have to confess that, to be a successful subscription-based streamer, you have to provide long-form content, not short-form,” Nunan told TheWrap. “Subscription streaming only works with traditional formats. It doesn’t work with short-form content. I offer you YouTube Red, your honor, as an example. It just doesn’t work.”

It’s true that YouTube Red, which launched in 2015 as the online video giant’s first real attempt at a subscription service, fizzled out. Other services that share characteristics with Quibi — like Verizon’s Go90 — haven’t fared any better.

To avoid the same fate, Quibi should simply release its long-form content all at once instead of in daily 10-minute chunks as it currently does, Nunan said. At the same time, Quibi would be better served making its show episodes longer than 10 minutes.

Another important content move, Nunan said, would be adding more shows that aren’t Quibi originals; mix in content that’s already known to viewers along with its original series. (It’s worth pointing out Quibi has looked to reboots of established shows like “Reno 911!” to grab subscribers.)

Quibi can look to Apple TV+, which launched in late 2019 as a pure original content play, to demonstrate the challenges of originals-only programming. So far, Apple executives have shied away from reporting details on the service’s performance on the company’s earnings calls. “A purely original content play isn’t enough to launch a subscription streaming service,” Nunan said. “Look around at the success stories — whether it’s Netflix, Amazon or Disney+ — all of them have a robust library of existing titles that the consumer can benefit from, along with original content.”

Also Read: July Could Be Disney's Restart - And Proof It Has a Long Road Ahead

2. Make It Easier to Share Moments on Social Media

One problem Quibi has already run into: The streamer’s shows are conspicuously absent from any social media conversations. Frankly, the only time you really hear about Quibi is when prominent Twitter accounts are mocking it, the best example coming after Katzenberg said “everything” behind its underwhelming launch was due to the coronavirus pandemic — a comment that quickly became Twitter fodder.

For Quibi, creating a conversation around its shows is next to impossible right now, even if viewers are enthusiastic fans. That’s because the app blocks viewers from taking screenshots — creating a major roadblock toward winning any social media love. Fans cannot share their favorite moments or create memes, hampering Quibi’s ability to gain word-of-mouth traction.

It’s little surprise that Quibi’s content hasn’t enjoyed a viral moment yet. That’s an issue for a service that’s said its target demo is between 25 and 35 years old. To their credit, Quibi’s top brass have already acknowledged the social media problem and said they’ll soon allow users to more easily share content, although an exact date is still unclear. “The main thing is, you want to be part of the cultural conversation,” said Paul Hardart, a former Warner Bros. executive and current head of the Entertainment, Media and Technology Program at NYU.

Hardart pointed to Netflix’s “Tiger King” as a textbook example of winning more viewers by becoming a social media sensation. “The more (‘Tiger King’) became part of the cultural conversation through memes and late night talk shows talking about it,” he said,” the more it almost felt like you had to watch it.”

Hardart said Quibi needs to change its social media approach ASAP. “The more engagement  they could get from their target audience online, the better. If they could have more shareability — the ability to share screenshots or even potentially have user-generated content — it would go a long way.”

Usually, streaming services aim to increase their subscription prices whenever possible. But Quibi may need to consider going in the opposite direction to get closer to its subscriber goals, according to Parks Associates Research Director Steve Nason. The service currently has its subscriptions set at $4.99 per month for ad-supported streaming and $7.99 for ad-free.

Quibi “overshot what kind of appetite or market they have, especially for their price tier. They’re pricing it as a mid-to-large service — $4.99 to $7.99 — and not a niche service or mid-tier service,” Nason said. “It’s a short-form video service, and it’s not going to be a foundational service for pretty much anyone, even for its Gen Z and millennial target groups.”

At its current subscription prices, Nason said Quibi has too much competition; Hulu and Disney+ are similarly priced, and even its ad-free service costs the same as Apple TV+. Considering “people have no idea what a Quibi is,” Nason said, the service would be better off moving to a $1.99 per month ad-supported price, and $3.99 per month for ad-free viewing.

There would obviously be tradeoffs to this strategy. Quibi would likely struggle to hit first-year revenue projections, for one thing. But those fears could be offset by pulling in more viewers than the 2 million subscribers it is currently estimating. At that point, you’re betting on subscribers enjoying your content — allowing you to raise prices at some point down the road. In the meantime, serving a few more ads could cover the drop in subscriber revenue.

It’s a gamble, to be sure. But unless Quibi soon has a hit on its hands, it may need to get creative in its attempts to win over wary viewers.