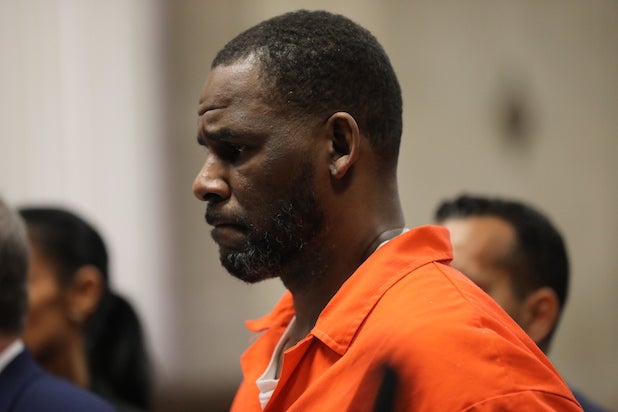 R. Kelly was “kicked in the head several times” by another inmate at the Metropolitan Correctional Center in Chicago on Wednesday morning, his attorney Douglas Anton told TheWrap on Thursday.

The incident took place around 10 a.m. on Wednesday, when the other inmate entered the cell while Kelly — whose full name is Robert Sylvester Kelly — was sleeping and struck him several times, according to Anton.

“He is not okay, as the MCC has reported,” Anton said. “His temple is swollen.”

A spokesperson for the Bureau of Prisons did not immediately respond to TheWrap’s request for comment.

Kelly is being held at the MCC as he awaits trials for multiple sex crime charges in Chicago, Brooklyn and Minneapolis. He has pleaded not guilty.

In April, a federal judge denied Kelly’s request to be released from custody due to the COVID-19 pandemic because he “poses danger to the community, particularly to prospective witnesses” and is not the most at-risk for the illness.

Anton said Kelly’s legal team is preparing for another round of appeals to try to get Kelly released from prison, with oral arguments scheduled for next Friday.

“It’s a very sad situation, which is another reason why this innocent until proven guilty human being should not be remaining incarcerated,” Anton said, pointing to others like Michael Cohen and Michael Avenatti, who have been furloughed from prison due to the pandemic.