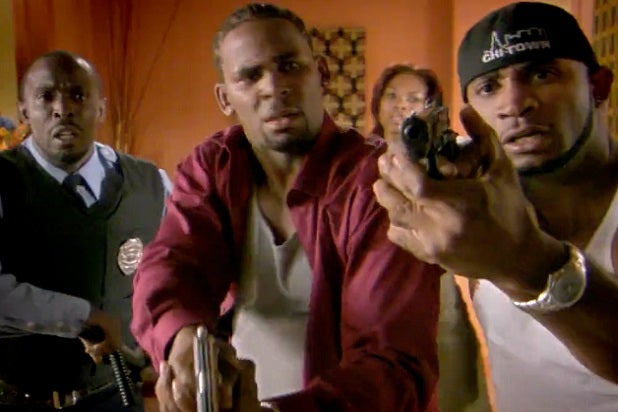 As if there weren’t already enough reasons to be excited about the coming new year, 2014 will bless us all with more “Trapped in the Closet.”

R. Kelly’s epic hip-hopera is being extended with new chapters, which will air on IFC. And just in case there was any doubt, the cable network said that the continuation of the epic will be packed with “intense drama, crazy situations and tumultuous relationships.”

Also read: Lady Gaga, R. Kelly Come Together After Twitter Rampage on ‘Do What U Want’ (Audio)

“R. Kelly is an enormously talented artist and his creativity is on full display in ‘Trapped in the Closet,'” IFC president and general manager Jennifer Caserta said. “We are fortunate to be his partner in this one-of-a-kind project that has captivated viewers and can’t wait to bring the next chapters of ‘Trapped’ to IFC.”

Kelly, who serves as executive producer, co-director and creator of “Trapped in the Closet,” will of course star in nearly every scene of the new chapters, reprising his beloved characters Sylvester, Pimp Lucius, Reverend Mosley, Randolph and Beeno. Characters Rufus, Cathy, Tina, Roxanne, Rosie the Nosy Neighbor and Twan will also be returning.

To give everyone a running start on the new chapters, IFC will air the previous 33 chapters of “Trapped in the Closet” starting Saturday Dec. 7 at 5:15 p.m. ET, so cancel your weekend plans now.