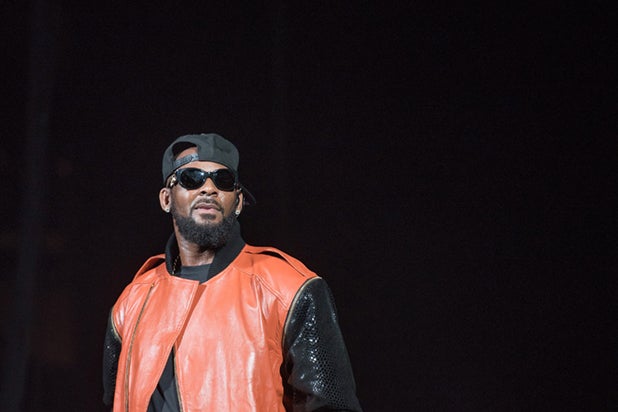 Following a report last July that Kelly was holding his teenage girlfriends against their will in a sex “cult,” Jones told filmmaker Ben Zand that she was also held in his “sex dungeon” while she was dating the singer from 2011 to 2013. Jones also said she was forced to have sex with Kelly and others on “more than 10” occasions.

Jones said Kelly was “very abusive, physically, mentally, verbally” and had groomed girls — at least one as young as 14 — to be his “pet.”

“I was introduced to one of the girls, that he told me he ‘trained’, since she was 14, those were his words,” she said. “I saw that she was dressed like me, that she was saying the things I’d say and her mannerisms were like mine. That’s when it clicked in my head that he had been grooming me to become one of his pets, he calls them his pets.”

“[He had her] crawl on the floor towards me and perform oral sex on me,” Jones said. “He said, ‘This is my f—ing pet, I trained her. She’s going to teach you how to be with me.”

Engineer and former collaborator James Lee also described a “revolving door” of women in the studio while Kelly was recording his music.

“They were there for one thing, to service Rob, and when he was tired of you – it’s like you’re a Big Mac, and when he’s done eating you, he throws the wrapper away,” Lee said.

The Buzzfeed piece published last July described in detail emotional and sexual manipulation allegedly inflicted by Kelly on those women in his inner circle, as well as accusations of mental and physical abuse. Kelly has “unequivocally” denied all the allegations.