Jesse Owens was the kind of once-in-a-generation athlete who set four world records in a single meet. His quartet of gold medals at the 1936 Berlin Olympics — where he disproved Hitler’s delusions of Aryan supremacy in the Nazi fatherland for all the world to see — makes him one of the most legendary athletes of the interwar years. But the sprinter and jumper’s journey toward the first-place podium was rife with conflict, both internal and international. It’s those ethical negotiations that provide the unusual stakes in the uncommonly engaging sports biopic “Race.”

This new drama from director Stephen Hopkins (“The Reaping,” “The Life and Death of Peter Sellers”) should satisfy anyone looking for a familiar kind of triumphant tale. Hopkins doesn’t stint on the genre tropes: there are montages of physical conquests, a dangerous distraction in a dress, and yelling contests and jokey callbacks between Jesse (Stephan James) and his coach Larry Snyder (Jason Sudeikis). But the picture, written by Joe Shrapnel and Anna Waterhouse (“Frankie & Alice”), is also a keen exploration of how to make a political statement without saying a word, and how best to stay true to one’s self while making necessary compromises and calculations.

Except when he’s hurtling through the air, Owens doesn’t quite pop off the screen. He’s strictly a boy-next-door type, steadfastly wooing — save for a jazz-spiced fling with a groupie — his high-school sweetheart Ruth (Shanice Banton), with whom he has an out-of-wedlock toddler daughter. That’s because “Race” is primarily concerned with staging a historically faithful debate over whether America should participate in the 1936 Olympics in the first place, given Hitler’s initial ban on black and Jewish competitors, and whether African-American athletes should boycott the Games, as suggested by the NAACP, as a protest against the Nazis’ racist policies.

The film’s acute fascination with the political discourse of the pre-World War II era serves the story extremely well. Owens is such a creature of his time that he immediately asks where the colored dorms are when they arrive in Germany. (There aren’t any.) Later, he and a fellow black athlete can’t hide their grins when they discover there also isn’t a separate and unequal cafeteria for them at the Olympic village.

In the film’s boldest intellectual gambit, Jesse — having picked cotton in Alabama from the age of six (and thus suggested to be a descendant of slaves) — questions America’s moral superiority over Hitler’s Germany from his position as an African-American in the early 20th century. But even when the United States is ultimately established to be better than the Nazi empire (whoo!), the epilogue, which takes place when Jesse returns home to bask in a post-victory lap, insists on depressing honesty about Depression-era race relations. 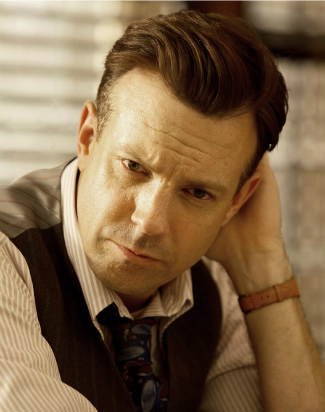 “Race” remembers, too, that the Nazis found collaborators among Americans, including an industrialist played by Jeremy Irons. And the Germans get a fair shake: An eerily still Joseph Goebbels (Barnaby Metschurat) is introduced with an alien-ish metallic whine in the soundtrack, but Carl “Luz” Long (David Kross), a sprinter who makes a show of embracing Owens after losing to him, is given ample opportunity to register his contempt of Nazi bigotry.

Perhaps undeservingly, Leni Riefenstahl (Carice van Houten) is also allowed to assert her humanity through her thwarted artistry when Goebbels attempts to sabotage the film she’s trying to make about the Olympics. On-the-nose scenes, as when Snyder witnesses a group of Jews secretly pushed into the back of a truck, are notable for their rarity.

“Race” stumbles in the generic bromance between Jesse and his coach, who’s only about a decade older than his protégé. Snyder acquits himself with a Tom Hanks-ian everyman charm, but Sudeikis, jangly with modernity, is miscast as the regrets-filled former athlete whose own brush with greatness is easily painted over by his star athlete’s untouchable feats. The early scenes in 1933, when Snyder recruits the college freshman, are easily the most familiar, and a scene in which Owen tells off his coach for not caring about the plight of African-Americans lands somewhere left of where it should.

But much of the rest of the film is right on target, jabbing at historical wounds to remind us that some victories are only possible at certain times. The Jesse Owens to cheer on here is, sure, the fastest man in the world, but also the canny would-be celebrity who knew exactly how to bet on himself in a world that had little use for his dignity and intellect. If that’s not an inspirational story, I don’t know what is.