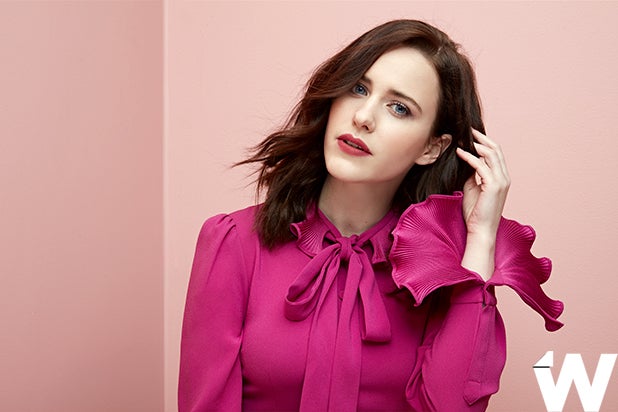 Rachel Brosnahan, star of Amazon comedy series “The Marvelous Mrs. Maisel,” signed a first-look deal with Amazon Studios.
Under the deal, she and her production company, Scrap Paper Pictures, will work with Amazon Studios to develop TV series that will premiere exclusively on Amazon Prime Video.

“A breakout star, Rachel has infused the role of Miriam ‘Midge’ Maisel with charm, wit, and a little bit of chutzpah that brings the world of The Marvelous Mrs. Maisel to life,” said Jennifer Salke, head of Amazon Studios. “We are thrilled to expand our relationship with her as an actress and a producer, and I can’t wait to see what new characters and stories she creates for our Amazon Prime Video customers.”

“I have felt immensely supported professionally, personally and artistically in my time working with Amazon so far and am thrilled to be embarking on this new journey with them,” Brosnahan said. “I look forward to exploring new pathways into established genres and working alongside the Amazon team to amplify stories and storytellers that have been left out of the mainstream narrative for far too long.”

Brosnahan has received an Emmy and two Golden Globe awards and a SAG Award for her portrayal of Midge Maisel in “The Marvelous Mrs. Maisel.” She also earned an Emmy nomination for her breakout role in “House of Cards.” She recently announced her Amazon Studios film “I’m Your Woman,” and wrapped production on the feature “Ironbark.” Her other credits include “Patriots’ Day,” “Burn Country,” “Boomtown,” “The Finest Hours,” “Louder Than Bombs” and “Beautiful Creatures.”