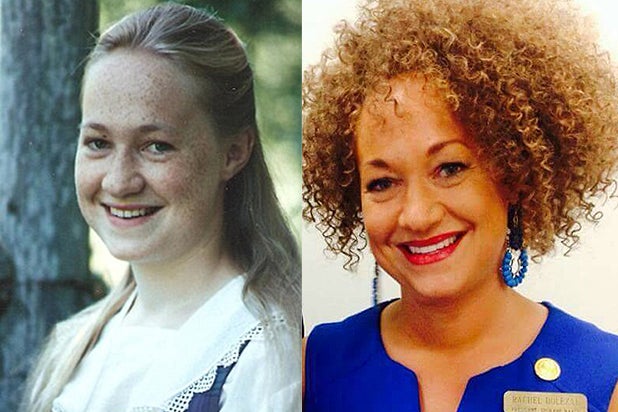 Rachel Dolezal, the white woman who became infamous for identifying herself as a black woman for decades and running the Spokane, Washington, chapter of the NAACP, is jobless and fears she may soon be homeless.

“Right now the only place that I feel understood and completely accepted is with my kids and my sister,” she said, claiming she can currently count the number of friends she has left in Spokane on her fingers.

Also Read: Rachel Dolezal Still Hints She's Black: 'I Don't Have Any Regrets About How I Identify' (Video)

Dolezal’s life began to unravel two years ago when a TV reporter asked her, “Are you African American?” and she turned from the camera and fled. Shortly thereafter, her Caucasian parents came forward with photos of her childhood as a freckle-faced blonde and claims that her roots are German and Czech, with traces of Native American ancestry.

Time has passed but wounds have not healed — she lost her jobs with the NAACP and Eastern Washington University, most of her family and friends are estranged, and the respect she had earned for her civil rights activism turned into disgrace.

“There’s no protected class for me,” she told The Guardian. “I’m this generic, ambiguous scapegoat for white people to call me a race traitor and take out their hostility on. And I’m a target for anger and pain about white people from the black community. It’s like I am the worst of all these worlds.”

Through the tribulation and disgrace, Dolezal still feels no shame.

“No, I don’t,” she replied, when asked if she thinks she had done anything wrong. “I’m not going to stoop and apologize and grovel and feel bad about it. I would just be going back to when I was little, and had to be what everybody else told me I should be — to make them happy.”

“In Full Color: Finding My Place in a Black and White World” will be available on March 28.

TheWrap ranks the year’s controversies, so you don’t have to

Like any year, 2015 had its share of salacious, lurid and gasp-inducing stories. Some of them momentarily outraged us, while the others are still gnawing at our consciousness like a lingering nightmare. In an effort to put everything in perspective, TheWrap has ranked this year's most notable scandals, based on the fame of the person at the center of the scandal and the egregiousness of the offense. Read on to separate the controversies from the nontroversies.

Bill Cosby LEVEL OF FAME: 10 LEVEL OF SCANDAL: 10 Hands-down, the Hollywood scandal of the year. America's dad, accused of drugging and raping dozens of women? The ongoing saga makes us want to pull a multi-colored sweater over our heads and hide from the world. Getty Images Jared Fogle LEVEL OF FAME: 7 LEVEL OF SCANDAL: 9 Sure, he was just the guy who lost a ton of weight by eating Subway sandwiches. But he was a well-known presence in America's living rooms, and the horrific revelations of sex with minors and child pornography left a seriously bad taste in everyone's mouths. Charlie Sheen LEVEL OF FAME: 9 LEVEL OF SCANDAL: 4 Make no mistake, a star of Charlie Sheen's stature declaring that he's HIV-positive is a notable event. And it might have even been surprising, if Sheen hadn't practically been treating reckless behavior like an Olympic sport for decades.

Josh Duggar LEVEL OF FAME: 5 LEVEL OF SCANDAL: 8 Former "19 Kids and Counting" star Josh Duggar might not have been a household name outside of reality TV fans, but he pulled off a rare scandal two-fer. First, the revelation that he had fondled several underage girls -- some of his sisters among them -- when he was a teenager. And then the conservative Christian's exposure as an adulterer following the Ashley Madison data leak. Toss on a big, greasy dollop of hypocrisy, and that's some tasty scandal pie right there. James Deen LEVEL OF FAME: 2 LEVEL OF SCANDAL: 8 Rape accusations leveled by nine women are nudging Deen toward Cosby territory on the (alleged) atrocity scale. But in terms of notoriety, he's only famous in the porn world-- and even then, he's no Ron Jeremy. Brian Williams LEVEL OF FAME: 8 LEVEL OF SCANDAL: 6 Williams' tall tales about being struck by enemy rocket-propelled grenade fire while in a helicopter during the 2003 Iraq invasion dealt a blow to the news media's reputation, at a time when more and more of the public is disinclined to trust the media.

Lamar Odom LEVEL OF FAME: 6 LEVEL OF SCANDAL: 4 The former NBA player with a history of substance abuse -- who became a tabloid staple through his marriage to Khloe Kardashian -- was found unconscious in a Nevada brothel. Sure, this hyper-salacious story caused a big pre-holiday buzz. But it was also tragic in a sense, when you factor in reports that more than two months after his collapse, Odom is still "struggling" and apparently unable to walk without help. Tom Brady LEVEL OF FAME: 9 LEVEL OF SCANDAL: 3 One's feelings on Deflategate probably depended on whether one was a Patriots fan or not. But in the end, Brady's suspension was vacated, and in the long-run an underinflated football or two is small potatoes compared to the concussion crisis that the NFL is facing. Ariana Grande LEVEL OF FAME: 6 LEVEL OF SCANDAL: 3 Yes, the sight of former Nickelodeon star Grande licking donuts on the sly and trash-talking America -- on the 4th of July, no less -- was jarring. But with Miley Cyrus constantly cavorting topless onstage, the uproar quickly dissipated.

Guiliana Rancic LEVEL OF FAME: 5 LEVEL OF SCANDAL: 2 So she made fun of Zendaya's dreadlocks and said she probably "smelled like patchouli oil and weed" -- isn't "Fashion Police" supposed to hand out tough justice wrapped in unflinching humor? Oh, well; at least it set off a chain of events that culminated in Kelly Osbourne exiting the show. Getty Images Rachel Dolezal LEVEL OF FAME: 1 LEVEL OF SCANDAL: 1 Yes, the former president of the Spokane chapter of the NAACP identified herself as black, even if her white biological parents saw things otherwise. But really,Â  she's just a tiny, racially confused ripple in the bigger pond of more substantial offenses. NBC