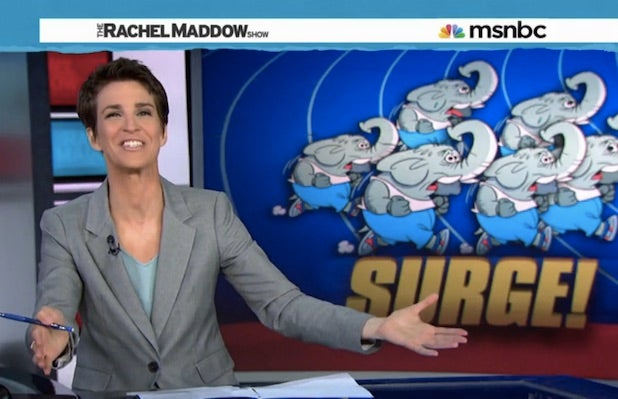 Maddow suggested the network’s decision to only let the top 10 polling candidates into the first presidential debate on Fox News is one that will help the network’s wallet, more than it will serve voters.

It no longer makes so sense for lower-polling candidates to focus their time and money in Iowa and New Hampshire, when they can reach Republican voters that could bump their poll numbers — thus making them eligible for the Fox News debate — by running ads on Fox News.

“It now makes more sense for them to be running, basically, on the Fox News Channel,” Maddow said. “That’s why our friends across the street at Fox News have seen a nice, big influx of ad dollars,” she continued, citing ads run on the network by Marco Rubio, Chris Christie and Rick Perry.”

“Fox News set their rules for who was in and who was out of their debate and now they’re — Cha-ching! — cashing in on it.”