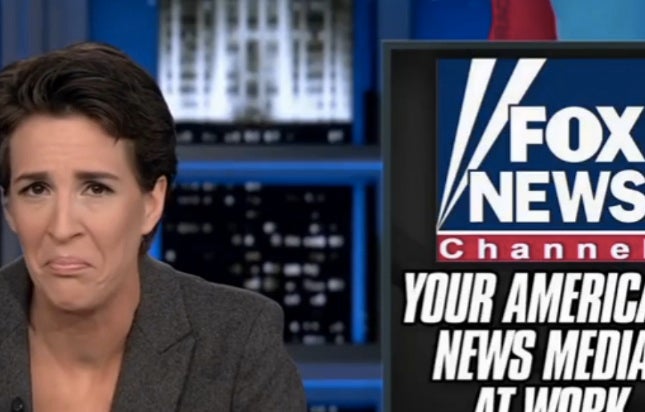 For the second time this week, Rachel Maddow dedicated time Friday to covering the unanswered questions surrounding Bill O’Reilly he nor Fox News have addressed.

Maddow continued to point out O’Reilly and the network have not answered the specific question surrounding O’Reilly’s claim he was at the doorstep of George de Mohrenschildt — an associate of John F. Kennedy assassin Lee Harvey Oswald — in Florida when he committed suicide.

Audio tapes have emerged in recent days that show O’Reilly was in Dallas, Texas when he was informed of the suicide and said he would travel to Florida the next day. “I’m coming down there tomorrow, I’m coming to Florida,” O’Reilly is recorded saying after he was told about de Mohrenschildt’s suicide.

Maddow reiterated that in response to questions about that and other questionable stories, Fox has sent Maddow’s team information about how great O’Reilly’s ratings are lately.

The MSNBC host countered Fox’s claims that she is misconstruing their response, explaining Fox did indeed respond with his ratings information but no specific response to the accusations he’s “lying repeatedly on the air about news stories.”

“It is untenable for a news organization to let one of its employees threaten other news reporters for doing their jobs,” Maddow said in reference to O’Reilly threatening a New York Times reporter.

Maddow also concluded it’s untenable for a news organization to say that the facts that get said on-air “do not matter—not if the ratings are good.”