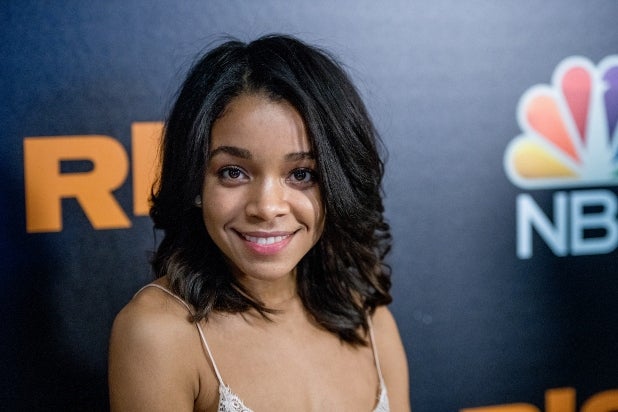 Rachel Naomi Hilson has joined the cast of Disney+ series “Love, Simon” as a series regular in a recasting, TheWrap has learned.

The series adaptation is set in the same world as the 2018 feature of the same name, which starred Nick Robinson. Both are based on Becky Albertalli’s New York Times bestselling novel.

Isaac Aptaker and Elizabeth Berger will serve as showrunners. The pair also wrote the screenplay for the movie, and serve as executive producers and co-showrunners of NBC comedy series “This Is Us.” The series comes from 20th Century Fox TV, part of Disney TV Studios.

Hilson joins previously announced cast member Ana Ortiz, who will star as Isabel, Victor’s mother. Robinson will produce and narrate the series. James Martinez, Isabella Ferreira, Mateo Fernandez, Bebe Wood, George Sear, Anthony Turpel and Mason Gooding round out the ensemble cast. Cimino’s Victor is described as “a new student at Creekwood High School on his own journey of self-discovery, facing challenges at home, adjusting to a new city, and struggling with his sexual orientation. When it all seems too much, he reaches out to Simon to help him navigate the ups and downs of high school.”