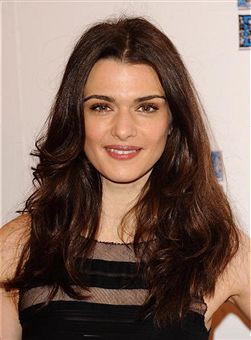 Has 007 finally met his match outside of the bedroom?

Rachel Weisz has been mentioned to play the lead villain in the 23rd James Bond film, according to Cinema Blend.

The site’s time-tested and proven source says producers are considering Weisz as the sadistic head of Quantum, the secret organization that Bond has been battling over the last two movies.

Cinema Blend acknowledges that the rumor is to be taken with more than a grain of salt, but wouldn’t it be awesome to see Weisz join the franchise as something other than another of the super-spy’s sexual conquests.

The "Bond" franchise has had its share of female villains (remember Famke Janssen as Xenia in "Goldeneye?") but none have been criminal masterminds capable of orchestrating the degree of personal suffering 007 is currently dealing with in the Bondiverse.

In the past, Weisz has joked about being a Bond girl, and even used to date newly single "Bond 23" director Sam Mendes (don’t get any ideas – she’s married to "The Wrestler" director Darren Aronofsky), plus she’s working on "Dream House" with 007 himself, Daniel Craig, so her casting, if true, makes sense.

I consider Weisz a seriously talented actress whose star has dimmed considerably since winning Best Supporting Actress for her fearless turn in "The Constant Gardener." As much as I personally love "The Fountain," it can certainly be considered the first in a string of questionable choices including "Eragon," "My Blueberry Nights," "Fred Claus," "The Brothers Bloom,"  "The Lovely Bones" and the guilty pleasure "Definitely, Maybe," not to mention Alejandro Amenabar’s long-delayed historical drama "Agora," which was only recently picked up for U.S. distribution by Newmarket Films.

With MGM’s impending sale holding up production on "The Hobbit," I wouldn’t be surprised if "Bond 23" hits some similar snags en route to theaters, but Weisz’s rumored involvement is encouraging progress nonetheless.