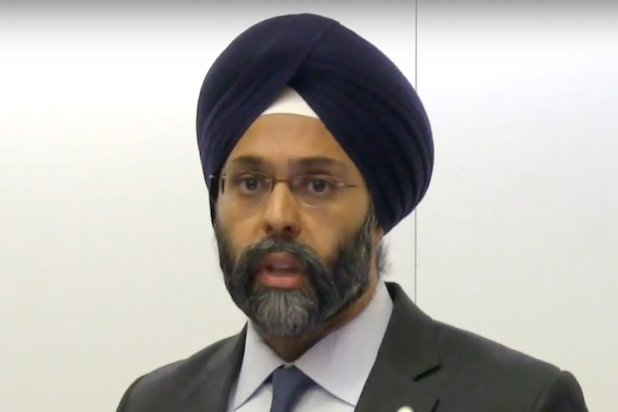 New Jersey’s local 101.5  have removed afternoon hosts Dennis Malloy and Judi Franco from the airwaves “until further notice” after they referred to the state’s Sikh attorney general, Gurbir Grewal, as “turban man” on Wednesday.

“We are aware of the offensive comments made by Dennis and Judi during today’s broadcast,” the station reported on their website that evening. “We have taken immediate action and have taken them off the air until further notice. We are investigating the matter and will have further comment shortly.”

The clip was first surfaced by NJ.com, which posted the audio to soundcloud.

“The attorney general, you know, I’m never going to know his name. I’m just going to say the guy with the turban,” says Malloy

“Listen, if that offends you, then don’t wear the turban, man. And I’ll remember your name. But Turban man? Is that highly offensive?” says Malloy

“To me? No. To people who wear turbans? Could be,” says Franco

The moment was also called out by Grewal himself on Twitter.

.@nj1015: My name, for the record, is Gurbir Grewal. I’m the 61st Attorney General of NJ. I’m a Sikh American. I have 3 daughters. And yesterday, I told them to turn off the radio.

It remains unclear what the ultimate fate of the two radio hosts will be.