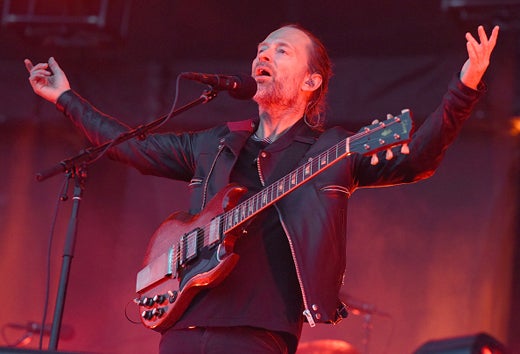 Hail to the thief? Radiohead was inspired to release their recording sessions for their seminal album “OK Computer” after hackers stole the files and threatened to leak them unless the band paid $150,000 in ransom money.

In a post on the band’s Facebook page, guitarist Jonny Greenwood said a hacker stole frontman Thom Yorke’s minidisk archive from around the time of the recording sessions for “OK Computer.” But instead of giving in to the ransom, the band decided to post all 18 stolen hours of the material to Bandcamp.

“Just for the next 18 days. So for £18 you can find out if we should have paid that ransom,” Greenwood said.

The £18 price tag, or about $23, will go in support of the climate change charity Extinction Rebellion. It can all be found on Radiohead’s Bandcamp page here. However, Greenwood warns that none of the material was ever intended for “public consumption.” But then that hasn’t stopped Radiohead’s cult of fans from pouring over any release from the band.

“Never intended for public consumption (though some clips did reach the cassette in the ‘OK Computer’ reissue) it’s only tangentially interesting,” Greenwood said. “And very, very long. Not a phone download. Rainy out, isn’t it though?”

“OK Computer” was released in 1997, and the band reissued the album for its 20th anniversary as “OKNOTOK,” which included a bonus cassette that Greenwood mentions, as well as the fan favorite but previously unreleased track “Lift.”