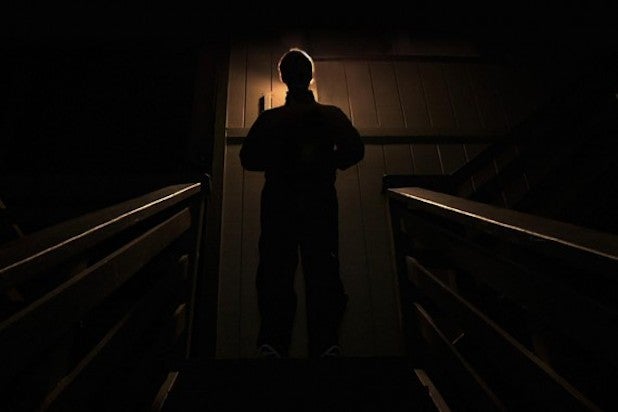 Radius-TWC has partnered with Jason Blum‘s Blumhouse Productions and the Duplass Brothers on a “Creep” trilogy after the film’s well-received SXSW premiere.

“Creep” stars co-writers Mark Duplass and Patrick Brice, the latter of whom made his directorial debut. Produced by Jason Blum and Duplass, “Creep” is a two-man psychological thriller that upends expectations at every turn.

Looking for work, Aaron (Brice) comes across a cryptic online ad: “$1,000 for the day. Filming service. Discretion is appreciated.” Low on cash and full of naiveté, he drives to a cabin in a remote mountain town where he meets Josef (Duplass), his cinematic subject for the day. Josef is sincere and the project seems heartfelt, so Aaron begins to film. But as the day goes on, it becomes clear that Josef may not be who he says.

Radius, which acquired worldwide rights to the trilogy, is planning to release “Creep” later this year. The company is also distributing Mark Duplass‘ Sundance movie “The One I Love,” which will hit theaters on Aug. 15.

“We jumped at the opportunity to work with Mark again and Jason’s involvement was icing on the cake. “Creep” is wry and unnerving with a shock ending that one has come to expect from Blumhouse. The film played through the roof at SXSW and it was abundantly clear that audiences have a huge appetite for these characters,” Radius co-presidents Tom Quinn and Jason Janego said in a joint statement.

Also read: Sundance: ‘The One I Love’ With Elisabeth Moss Picked Up By Radius-TWC

“I’m a huge fan of the renegade tactics of Blumhouse and Radius, and I couldn’t be more psyched to partner with them on this utterly insane new franchise,” said Mark Duplass.

“Mark and Patrick made a smart, fresh and terrifying film and we are excited to partner with Radius-TWC on sharing it with audiences while we continue to expand the ‘Creep’ world,” added Blum.

Quinn and Janego negotiated the deal with Josh Braun of Submarine.