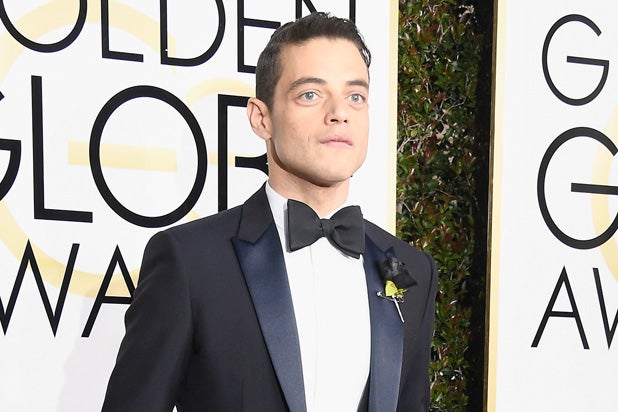 “Couldn’t help myself and had to post this iPhone pic,” Singer posted on Monday night, accompanying a photo that was taken mid-performance during filming.

The new sneak-peek comes one month after the first photo of Malek as Mercury was revealed.

The movie will follow Queen from the band’s inception in 1970, when Mercury teamed with Brian May and Roger Taylor, until that famous 1985 Live Aid performance.

Couldn't help myself and had to post this iPhone pic

Who will win in all the major categories?

Sunday is TV's big night, with the biggest stars vying for love from voters at the Emmys. Here are the odds-on favorites to win each of the major categories, according to TheWrap's expert Steve Pond as well as 18 additional gurus, as compiled by industry awards site Gold Derby.