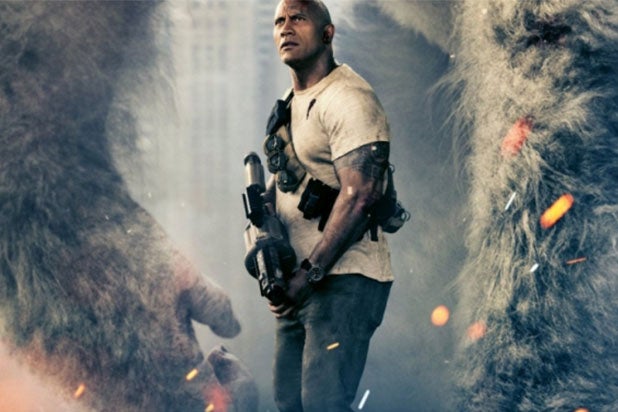 New Line moved “Rampage” up from April 20 to April 13 in response to Disney deciding last week to move “Avengers: Infinity War,” up to an April 27th release date.

“Infinity War” had previously been set to launch on May 4. Now “Rampage” has an extra week to collect at the box office without the monster that will be the third “Avengers” film. Additionally, Johnson’s upcoming film has received positive responses at first screenings, so the shift could mean New Line wants to get the film to fans sooner.

See Video: 'Rampage': Dwayne Johnson Is Back to Save the World in New Trailer

“Rampage” is based on the 1980s video game and will feature three monsters who are wreaking havoc across North America. Johnson is the only hope of stopping them.

“Infinity War” will be the culmination of big bad Thanos’ quest to collect all the Infinity Stones that have been bouncing around the universe over the past decade. Thanos (Josh Brolin) has thus far remained in the shadows, dispatching agents like Loki (Tom Hiddleston) in the first “Avengers” movie and Ronan in “Guardians of the Galaxy” to handle the search for him. But now, tired of failure, Thanos is taking matters into his own hands in a bid to use the stones to achieve true omnipotence.