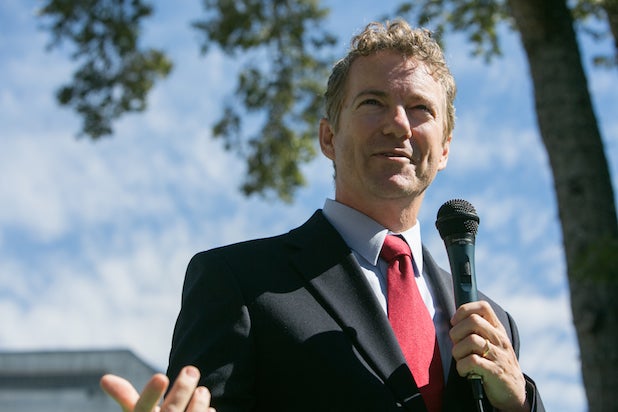 Rand Paul, who’s participated in every main-stage Republican debate, is at risk of being bumped to the smaller, lowest-polling candidates’ CNN debate on Tuesday.

Politico‘s number crunching shows the Kentucky senator is headed for a demotion while New Jersey Gov. Chris Christie will be elevated back to the main debate stage.

If the projected debate lineup takes the proposed shape, it could serve as the death knell for Paul’s struggling campaign, which has been mired in the low single digits for months.

Paul’s been the victim of a crowded Republican field, a lack of appetite for his more isolationist philosophy and, of course, the giant Donald Trump shadow looming over the entire field.

CNN’s GOP debate lineup will be announced on Sunday. The contest airs on Tuesday at 9 p.m. ET.