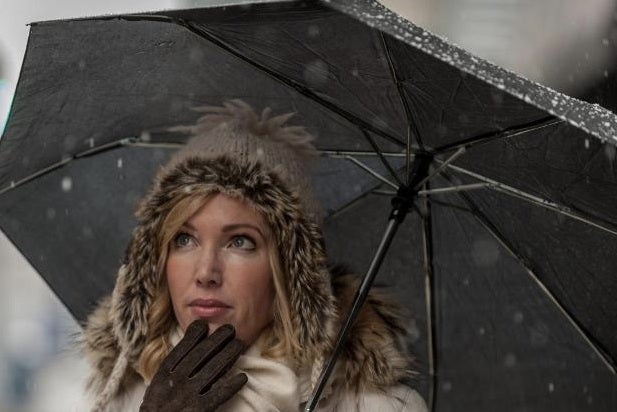 After Ted Cruz became the first official presidential candidate Monday, widely assumed GOP challenger Rand Paul’s wife starred in a Yahoo Politics piece in an effort to boost her husband’s prospects ahead of his presidential announcement.

In an article for the new Yahoo political magazine, “Kelley Paul Gets Ready for Her Media Blizzard,” she treks to meet a reporter in a D.C. winter storm.

“Rand wears a baseball hat when we go out” she said to Yahoo, describing one of the Kentucky Senator’s attempts to gain privacy. She concedes that her husband knows “that won’t work anymore,” once he begins his presidential run. “It’s been something that has taken getting used to.”

Paul’s wife also says she thinks Rand can win: “I am proud of him, and I think he could win, but I’m also OK with the kind of life I had four years ago.”

Rand Paul is rumored to be announcing his run for president on Apr. 7 as he embarks on a five-state tour.

Of all Republican hopefuls, Paul has so far proven savviest at leveraging digital and traditional media aimed at younger voters: he responded to President Obama’s State of the Union address via YouTube and appeared on MTV on Martin Luther King Jr. Day to discuss civil rights.