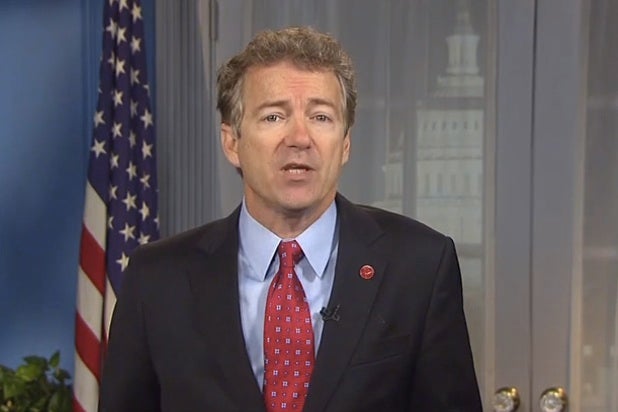 “For those of us who feel separated and distant from the American dream, we don’t want to be perpetually talked down to, forgotten and left in perpetual poverty,” Paul said during a 12-minute rebuttal.

The Kentucky Senator touched on income inequality, claiming the gap has become worse during the Obama administration: “The president is intent on redistributing the pie, but not growing it,” he said. “He misunderstands that most Americans want a bigger pie.”

Paul—who most political and media pundits think has already begun planning for a 2016 presidential run—has developed a knack for tapping into new media as a way to attract a younger audience.

“Today, voters sent a message to President Obama and Hillary Clinton, rejecting their policies and many of their candidates,” Paul wrote.

And most recently, the libertarian Senator catered to a younger audience, going on MTV to talk about civil rights on Martin Luther King Day.

Other Republicans are tapping into social media more as of late—Speaker of the House John Boehner posted a video on Facebook before the president’s address.

“Tonight isn’t about the president’s legacy—it’s about the people’s priorities,” Boehner said in a 13 second video.