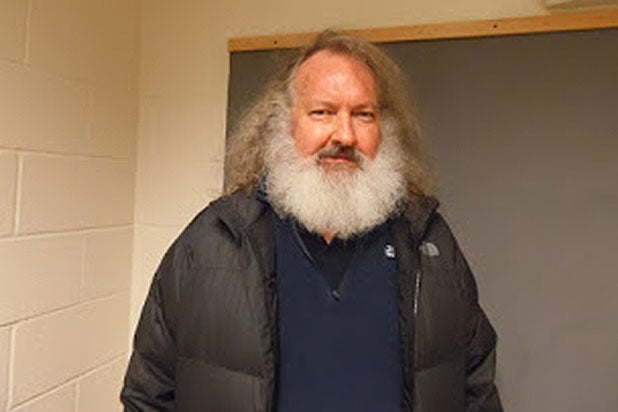 Randy Quaid  is being held in Vermont on $500,000 bail after his hearing scheduled for Monday was postponed, TheWrap has learned.

The “Independence Day” actor was set to be arraigned after he and wife Evi were arrested at the Vermont-Canada border on Friday. The two are awaiting extradition on outstanding warrants in California.

His arraignment was postponed because California courts were closed Monday for Columbus Day and additional paperwork is needed. His wife pleaded not guilty to a fugitive charge. She is also being held on $500,000 bail. Quaid is in custody in Franklin County, Vermont, while his wife is being held in nearby Chittenden County.

The Quaids are considered fugitives, wanted in Santa Barbara, Calif., to face felony vandalism charges from 2010 after authorities said they were found squatting in a guesthouse of a home they previously owned. The couple allegedly skipped several court appearances and fled to Canada, where Evi Quaid was granted citizenship. Randy Quaid was denied his request for permanent residency in Canada.

On Friday, both were taken into custody by Vermont State Troopers and transported to the St. Albans Barracks for processing.