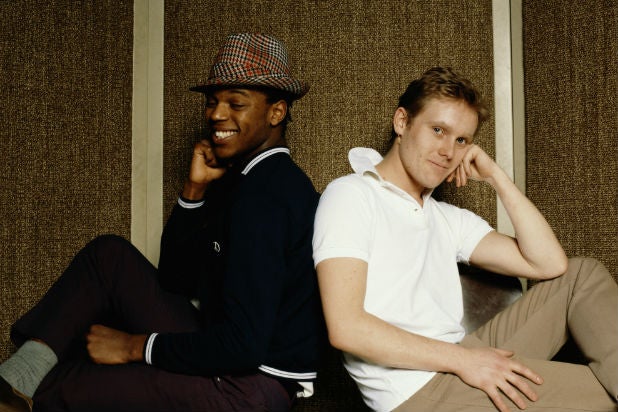 Ranking Roger and Dave Wakeling of The Beat

Roger Charlery, the English singer-songwriter behind the seminal two-tone band The Beat (known in the U.S. as the English Beat) and successful successor group General Public, died Tuesday from undisclosed causes. He was 56.

“‘He fought & fought & fought, Roger was a fighter.’ Sadly Roger past away a few hours ago peacefully at his home surrounded by family,” the Beat said in a statement posted to the band’s Facebook page. “Roger’s family would like to thank everyone for their constant support during this tough time. More to follow in the coming days. RIP ROGER!”

Born in in 1963 in Birmingham to parents who immigrated from Saint Lucia, Charlery rose to prominence in the late 1970s during the second wave of Ska as a member of The Beat, serving as lead singer alongside Dave Wakeling. The band’s sound, a mix of traditional ska with post-punk, pop and Latin elements, was a crucial development in the genre that came to be called two-tone, after The Beat’s label, 2-Tone records.

Over his career, Charlery also released several solo albums, collaborated with members of The Specials, played with Sting and The Police, and joined the band Big Audio Dynamite. The Beat re-formed in 2003 with most of the original lineup, touring multiple times in the following decade and a half. A new album featuring Charlery on lead vocals, “Bounce,” was released in 2016.

Charlery has endured several health problems in recent years. He suffered a stroke in August, and in January, he made public that he had been diagnosed with lung cancer and two brain tumors. Despite this, he released a new album, “Public Confidential – The Beat featuring Ranking Roger,” that same month.

His autobiography, titled “I Just Can’t Stop It,” will be published soon.