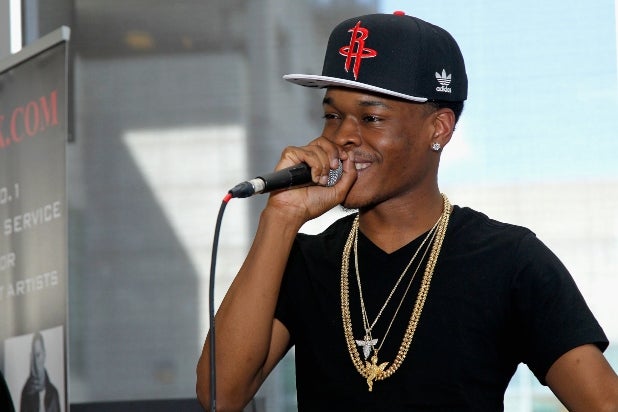 Rapper Hurricane Chris has been arrested and charged with second-degree murder Friday after a shooting that left one man dead Shreveport, Louisiana, according to local news outlet KSLA News 12.

The 31-year-old “A Bay Bay” singer, whose real name is Christopher Jerrod Dooley Jr., shot a man outside of a gas station shortly after 1 a.m. this morning, investigators told KLSA, which was first to break the news Friday.

The victim was transported to the hospital where he later died.

Also Read: Danny Masterson Accusers Respond to Actor's Rape Charges: 'We Are Confident That the Truth Will Be Known'

The report also said that Dooley claimed the shooting was in self-defense and that the victim was trying to steal his car, but that video footage led investigators to believe otherwise. The car was also discovered to have been stolen from Texas despite Dooley’s claim that it was his, resulting in a charge of possession of stolen property.

Shreveport police did not immediately respond to TheWrap’s request for comment Friday.

What to Watch on Juneteenth: A TV Viewing Guide (Photos)

From ABC News’ “Juneteenth: A Celebration of Overcoming” to OWN’s “Oprah and Lupita Nyong’o on Colorism”

In honor of Juneteenth, we've gathered a list of special programming across several networks to commemorate the holiday that celebrates the day in 1865 when Union soldiers, led by Major General Gordon Granger, landed at Galveston, Texas, and delivered the news that all enslaved people were free. Juneteenth is still not recognized as a federal holiday, but it is recognized by several states -- and this year, many companies are declaring it a paid holiday in light of the Black Lives Matter movement and national protesting that has taken place following the death of George Floyd.