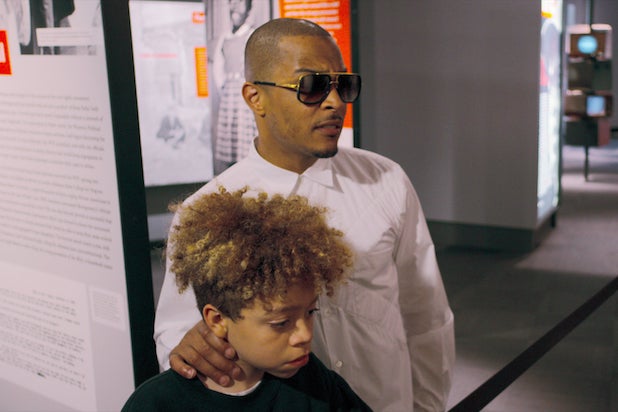 Mass Appeal and Netflix are billing their new docuseries “Rapture” as a project that “stares directly into the bright light that hip hop culture shines on the world and doesn’t blink.” And if you’re a fan of ESPN’s “30 for 30” films, then you’ll understand why T.I. told TheWrap the streaming service’s new show is basically the same thing — but for his world.

“I mean, I think that the way ‘Rapture’ has approached educating people on the many different facets of hip hop, using us as artists, using us as the conduits to get this information out, is kind of reminiscent of the way ’30 for 30’ did sports for ESPN,” T.I., one of the artists featured in the eight-episode series, said. “ESPN had been covering sports for God knows how long. But then ’30 for 30’ came along and kind of gave a more in depth, a more of a micro look inside of these different labyrinths that exist within the world of sports. And I think that’s the same thing that ‘Rapture’ is doing.”

Bill Simmons and Connor Schell’s series has been deep-diving into athletes’ lives and historical moments in sports for the Worldwide Leader in Sports for close to 10 years now, and if “Rapture” gives even half as good a close-up on hip hop, fans are in for a treat.

Along with T.I., the Netflix show devotes an episode to the personal and professional stories of Nas and Dave East, Rapsody, Logic, G-Eazy, A Boogie wit da Hoodie, 2 Chainz and Just Blaze.

So what does the singer hope viewers get out of this kind of insider look? Well, Tip will be happy if you simply connect with his co-stars and himself more in the end.

“And if there is any confusion or there is any doubt in anyone’s mind about why hip hop is the way it is or why people behave they way they behave, I would love for them to just watch and get a feel for what goes into the culture and the lives of people that actually bring you the music instead of just critiquing the music.”

All eight episodes of “Rapture” hit Netflix on Friday.