Under the terms of the new agreement, Jones and McCormack, through Le Train Train, will produce scripted television programming for various platforms.

The first project in development in the deal is romantic comedy series “Lovesick,” based on the U.K. show of the same name. It was originally produced by Clerkenwell Films. “Lovesick” is part of the scripted co-production partnership between Lionsgate and BBC Studios Los Angeles Productions. 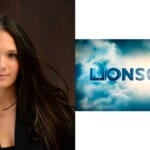 “We are thrilled to be in business with Lionsgate,” Jones and McCormack said in a joint statement. “Their imagination and blue sky thinking around what’s possible in this rapidly changing landscape of television is incredibly exciting to us as creators and producers.”

“There aren’t many writer/producers like Rashida and Will who can master both an R-rated comedy à la ‘Celeste and Jesse Forever’ and a G-rated masterpiece such as ‘Toy Story 4.’  We are looking forward to working with both of them to create more premium and compelling content for all types of viewers,” Scott Herbst, head of Scripted Development and EVP, Lionsgate Television, said in a statement.