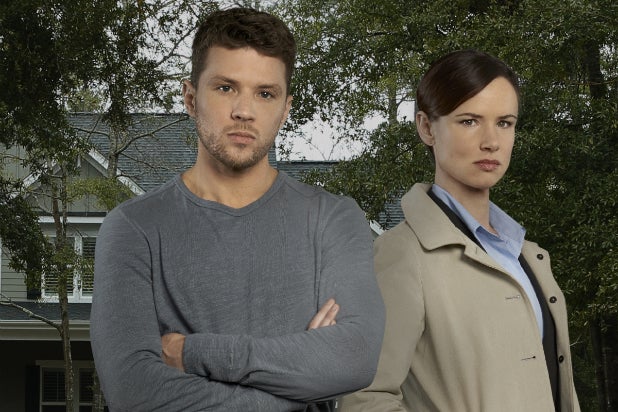 ABC came out the ratings king on Sunday night, drawing the best performance in the key 18-49 demographic with a combination of “Once Upon a Time” and  season finale of “Secrets and Lies” (pictured above), which both shared the top ratings spot.

Meanwhile, CBS received most-watched honors thanks in part ot “Madam Secretary,” which had the night’s largest audience, according to preliminary numbers.

ABC scored first place in the key demo with a 1.5 rating/5 share, taking second place in total viewers with 5.5 million. The network’s night started with “America’s Funniest Home Videos” at 7 p.m., which posted a 1.4 rating/6 share and attracted 5.6 million total viewers. “Once Upon a Time” the following hour drew a 1.7/6 with 5.2 million total viewers, while the season finale of “Secrets and Lies” at 9 was even with last week in the demo for a 1.7/5 and rose 10 percent in total viewers for 6.4 million, making it the most-watched episode of the series.

The network’s night closed with “Revenge” at 10, which is set to end its four-year run next week. The penultimate episode jumped 20 percent from last week for a 1.2/4 and had  4.9 million total viewers.