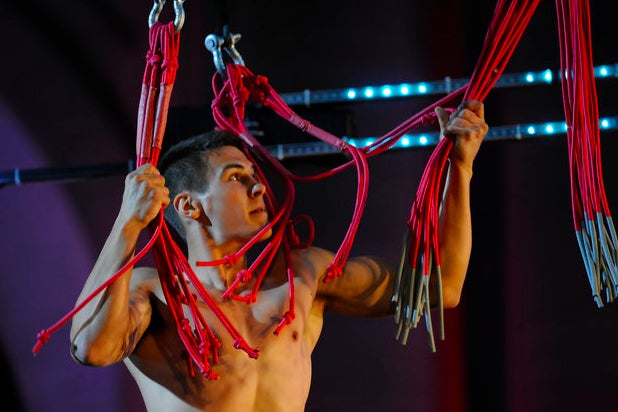 NBC won Memorial Day primetime among viewers 18-49 — though it only really faced competition from ABC, which edged out the Peacock in total viewers.

For NBC, “American Ninja Warrior” premiered up 13 percent from last May’s season opener; “The Island With Bear Grylls” had a tepid debut after.

NBC was first in ratings with a 1.6/5 in the advertiser-coveted demographic and second in total viewers with an average of 5.25 million, according to preliminary numbers. “American Ninja Warrior” at 8 p.m. got a 1.8/6 and 5.9 million viewers — both highs on the night. “The Island” at 10 debuted to a 1.2/4 and 4 million viewers. That rating is down 14 percent from last summer’s premiere of “Running Wild With Bear Grylls.”

CBS was third in ratings with a 0.8/3 and in viewers with 5.1 million, airing only repeats.

Telemundo was sixth in ratings with a 0.6/2 and in viewers with 1.3 million.

The CW was seventh in ratings with a 0.3/1 and in viewers with 1.1 million, airing a movie.