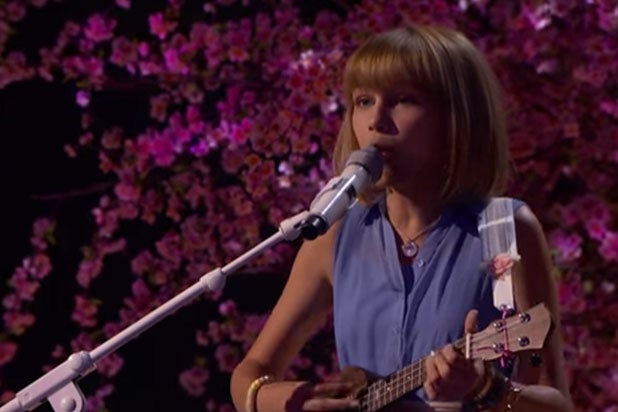 “America’s Got Talent” rose in the ratings week-to-week as Season 11 prepares to crown its winner.

The top 10 finalists’ performances helped the NBC series average a 2.7 rating in the key adults 18-49 demographic over its two hour broadcast, as well as 13.7 million viewers. That is an eight percent jump in the key demo from last week and a 14 percent jump in total viewers.

The season finale of “Better Late Than Never” no doubt benefited from the “America’s Got Talent” lead-in. The travel series featuring Henry Winkler, William Shatner, George Foreman and Terry Bradshaw likewise rose in the weekly ratings to a series high of a 1.7 rating and 7.8 million viewers.

NBC easily took first place for the night, averaging 11.7 million viewers and a 2.3 rating in primetime. “America’s Got Talent” aired from 8 p.m. to 10 p.m. ET, and it was followed by “Better Late Than Never.”

ABC finished third in total viewers with 2.9 million but fourth in the demo with a 0.7 rating, airing only repeats.

Telemundo finished fourth in total viewers with 1.8 million but third in the demo with a 0.8 rating.

Univision finished fifth with 1.6 million viewers and a 0.5 rating.

Fox came in sixth place with 1.4 million viewers and a 0.4 rating, airing only repeats.

The CW finished in seventh place with 892,000 viewers and a 0.3 rating, airing only repeats.