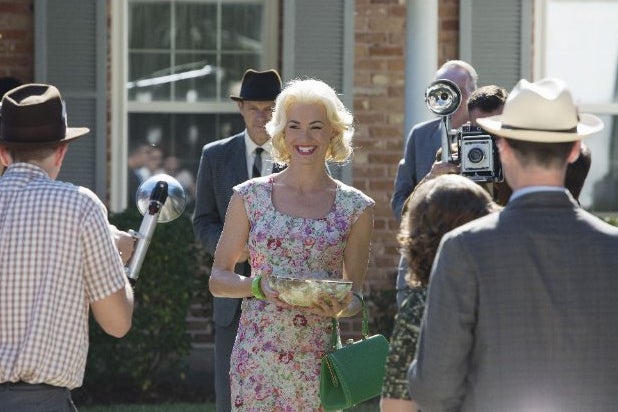 ABC’s “Astronaut Wives Club” didn’t exactly blast off into the stratosphere, but it debuted pretty well considering its timeslot and summer placement. The TV adaptation had the network’s best summer rating in the 8 p.m. hour since August 2013.

Combined with a fairly soft “Mistresses” return, ABC finished behind CBS — despite the so-called Tiffany network airing only reruns.

Due to the nature of live sports, fast national numbers for Fox are unreliable.

Running five repeats, CBS was first in ratings with a 1.1 rating/4 share in the advertiser-coveted 18-49 demographic and in total viewers with an average of 5.3 million, according to preliminary numbers.

ABC and Univision tied for second in ratings, both with a 0.9. ABC had a 4 share to Univision’s 3. ABC was second in viewers with 4.3 million; Univision was fifth with 2.4 million.

Fox and Telemundo tied for sixth in ratings, both with a 0.6. Fox had a 3 share, while Telemundo had a 2. Fox was fourth in viewers with 2.7 million; Telemundo was sixth with 1.4 million.