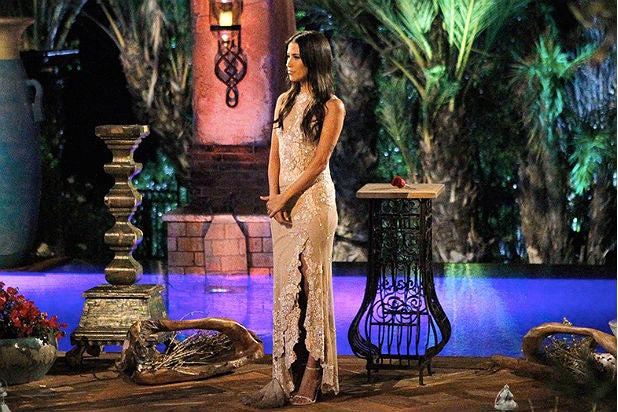 ABC enjoyed a commanding ratings victory on Monday night, thanks to the season finale of “The Bachelorette,” which grew 20 percent over last summer’s capper in the key demo, and “The Bachelorette: After the Final Rose,” which also gained over last year. Meanwhile, NBC’ “Running Wild With Bear Grylls” showed a significant week-to-week-gain, according to preliminary numbers.

CBS opted for repeats, tying Fox for third in the demo with a 0.8/3 and holding third place outright in total viewers with 4.9 million.

Telemundo and Univision had a virtual tie for fifth place in the demo, averaging a 0.7/3 and 0.7/2, respectively, with Univision narrowly beating Telemundo in total viewers with 2 million, compared to Telemundo’s 1.8 million.

See video: 'The View' Addresses Slut-Shaming on 'The Bachelorette': 'When Did Twitter Become the Sex Cops?'

Watch the “Bachelorette” finale moment viewers have been waiting for all season below.