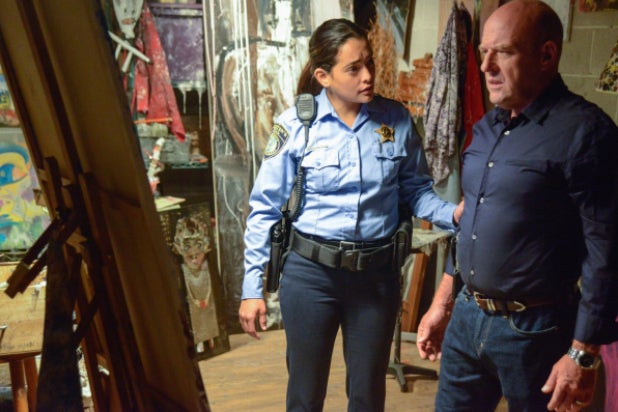 CBS took the ratings crown on Thursday night, thanks largely to “Big Brother,” which was the night’s top program, and despite a slide for “Under the Dome,” which premiered its third season to considerably lower ratings than last year’s season opener.

CBS was first in the key 18-49 demographic and in total viewers with a 1.5 rating/6 share and 6.3 million, respectively. “Big Brother” at 8 p.m., which marked the Thursday premiere of the new season, was the night’s top-rated program with a 2.0/8 and had 6.4 million total viewers, making it the second-most watched show of the night.

The Season 3 premiere of “Under the Dome” at 9, meanwhile, dropped significantly from last year’s season premiere, posting a 1.3/5, compared to last year’s 2.1/7, and had 6.2 million total viewers. The good news for “Dome” — it was the top scripted program of the night, besting out original dramas including “The Astronaut Wives Club,” “Mistresses,” the season premiere of ABC’s “Rookie Blue” and NBC’s “Aquarius.”

Fox was second for the night in ratings and fourth in total viewers with a 1.0/4 and 2.9 million. The series premiere o “Boom” posted a 0.9/4 with 2.5 million viewers, while “Wayward Pines” drew even with last week for a 1.2/4 and drew 3.4 million total viewers.

Univision was fifth in total viewers with 2.2 million.

Telemundo was sixth in ratings and total viewers with a 0.6/2 and 1.3 million.