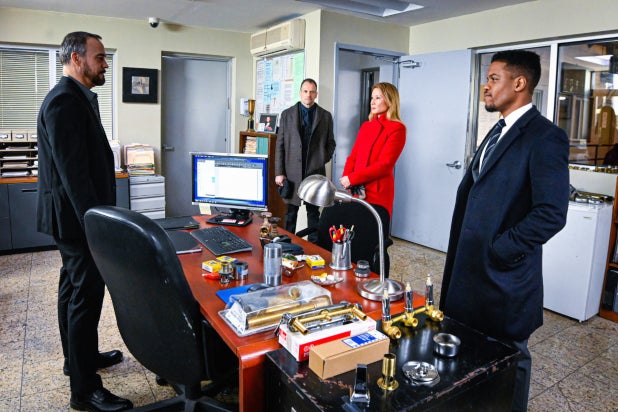 CBS’ “Big Brother” was the highest-rated show in the key adults 18-49 demo during Thursday’s primetime, when the NFL preseason inflated Nielsen numbers across the broadcast networks thanks to several pre-emptions in local markets.

Due to the nature of live television, the below fast-national Nielsen numbers should be considered subject to significant adjustment when the final ratings come in later Friday.

CBS won the night in total viewers with 3.9 million, while NBC took the crown among the adults 18-49 demo (0.8 rating/4 share). CBS and Fox split for second in the demo with a 0.7/4 each. ABC tied with Telemundo for fourth in the demo and total viewers with a 0.4/2, though ABC came out on top with 2.3 million viewers, compared to the Spanish-language network’s 1.01 million.

For CBS, “Elementary” wrapped its seven-season run Thursday with a 0.4/2 and 3.1 million viewers. That was roughly even with its demo performance this season and slightly below its total viewer average.

NBC aired all repeats and finished second in total viewers with 3.7 million.

The Evolution of Eugenio Derbez, from 'La Familia P. Luche' to 'Dora and the Lost City of Gold' (Photos)

Derbez began his career in sketch comedy in Mexico, later moving to the United States for roles in “Overboard” and “Dora”

In the early '90s, there was an up-and-coming comedian who could morph in and out of characters at the drop of a dime. If you looked at the U.S. box office, you might say i’m talking about “Ace Ventura” and “The Mask” star Jim Carrey. But in Latin America, the man with the elastic face and an unlimited reservoir of charisma was Eugenio Derbez, who in 1993 got his first variety sketch show and rose to fame with Spanish speaking audiences. Derbez is now starring in “Dora and the Lost City of Gold,” Paramount’s adaptation of the Nickelodeon children’s show. How did Derbez go from sketch comedy to American movie star? TheWrap has tracked his evolution below.