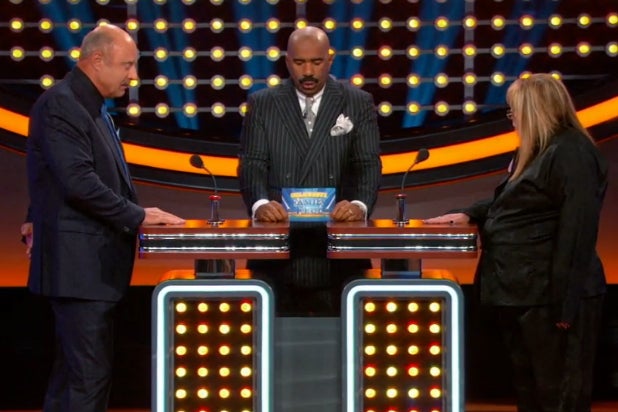 While the ABC game show bested “Big Brother” in total viewers at 9 p.m., the demo rating order was reversed for the hour. Like “Celebrity Family Feud,” “Big Brother” and “Battle Bots” also slipped by double digits in the main demo.

Due to the nature of live sports, numbers for Fox are approximate. Final numbers will be released later by Fox Sports.

Fox was first in ratings with a 5.3 rating/18 share in the advertiser-coveted 18-49 demographic and in total viewers with an average of 16.8 million, according to preliminary numbers. The championship game kicked off at 7 p.m. ET.

Univision and Telemundo tied for fifth in ratings, both with a 0.5/2. Univision was fifth in total viewers with 1.5 million; Telemundo was sixth with 1.2 million.