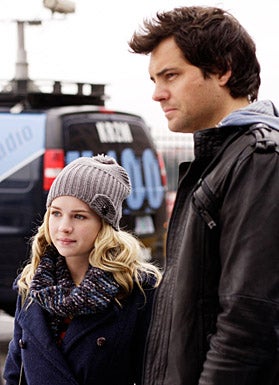 The show gave the network its best 9 p.m. Monday numbers in a year, built on its lead-in and matched the performance of CW hit "Gossip Girl." And they didn’t need a single provocative billboard or innuendo-filled promo spot to draw viewers.

You could say CW executives were in "7th Heaven" over the numbers, but that would just be a cheesy pun and funny only to those who remember that the WB for many years did well on Mondays with a certain family-themed hour. So we’re not going there.

CBS and ABC also had good nights Monday, with the latter’s "Castle" blossoming into quite the sleeper thanks in part to the lack of competition on NBC.  Speaking of the Peacock, NBC has to be happy about the stable numbers for "Chuck," but bummed about the continued decline of "Heroes" into cable-level ratings.

Expect an announcement on plans for the final episodes of "Heroes" any week now.