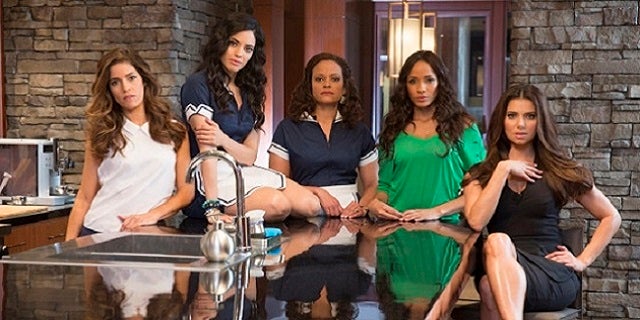 "Devious Maids" didn't exactly clean up in the ratings with its premiere Sunday night.

The Marc Cherry-created series, which was initially developed for ABC before getting a pass and being picked up by Lifetime, drew two million total viewers with its series debut.

Those numbers place the series, which stars Roselyn Sanchez, Ana Ortiz, Dania Ramirez and counts "Desperate Housewives" alum Eva Longoria among its executive producers, on middling ground. By way of comparison, the series premiere of "The Client List" in April 2012 drew 2.8 million total viewers, while the season 3 premiere of "Drop Dead Diva" in June 2011 had 2.9 million total viewers.

In the 18-49  demographic most desired by advertisers, the series premiere of "Devious Maids" had 826,000 total viewers.

The series centers on a close-knit group of maids who are bonded together by their jobs, life struggles and the melodramatic “upstairs-downstairs” universe that engulfs their employers.