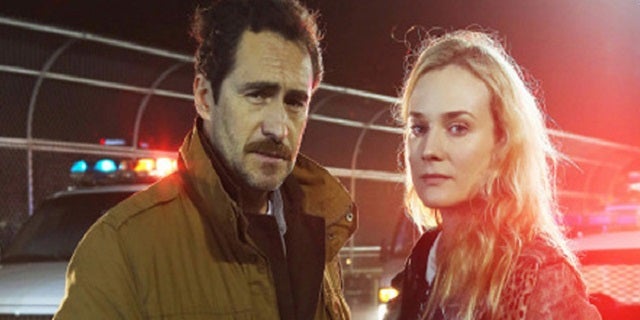 The series premiere of FX's "The Bridge" got the drama off to a solid ratings start on Wednesday, drawing more than 3 million total viewers — just slightly less than the series premiere of the network's "The Americans" in January — with its initial airing, according to preliminary numbers.

Also read: 'The Bridge' Review: A Dramatic Crossing, Worth the Congestion

The series stars Demian Bichir and Diane Kruger as two law-enforcement officers from opposite sides of the U.S./Mexico border who work together when an American judge who's known for her anti-immigration views is found dead on the bridge that connects El Paso, Texas and Juarez, Mexico.

Based on a Scandinavian series, "The Bridge" was adapted by Meredith Stiehm ("Homeland") and Elwood Reid ("Hawaii Five-0"), who also executive produce the show with Carolyn Bernstein, Lars Blomgren and Jane Featherstone. The series is co-produced by Shine America and FX Productions.

"We could not be prouder of this amazing series which has garnered such incredible critical recognition," said John Landgraf, CEO, FX Networks and FX Productions. "Meredith Stiehm and Elwood Reid have delivered a rich tapestry of intrigue and passion, and a story fraught with tension and suspense. And we’re so lucky to have Demian Bichir and Diane Kruger who so convincingly and appealingly embody their roles. We’re grateful to our partners at Shine America and can’t wait for audiences to see what happens next."