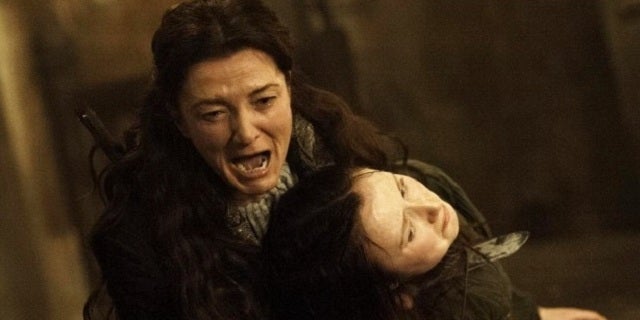 The blood flowed thicker than usual on Sunday night's "Game of Thrones," but a jump in carnage apparently doesn't necessarily lead to a corresponding surge in ratings.

The now-infamous "red wedding" episode of "Game of Thrones" performed, as expected, quite well for HBO, and even improved upon the previous episodes impressive performance. But the episode — which rocked viewers and the internet alike with its nuptials-related gore — provided a relatively modest jolt for the dragons-and-swords fantasy epic.

See video: 'No, No, No, No!… I Feel Physically Ill,' and More Priceless 'GoT' Reactions Caught on Camera

But while many shows would kill (possibly by brutal decapitation) for those numbers, Sunday's "Game of Thrones" was a relatively marginal boost, inching up 2 percent from the series' last original airing on May 19.